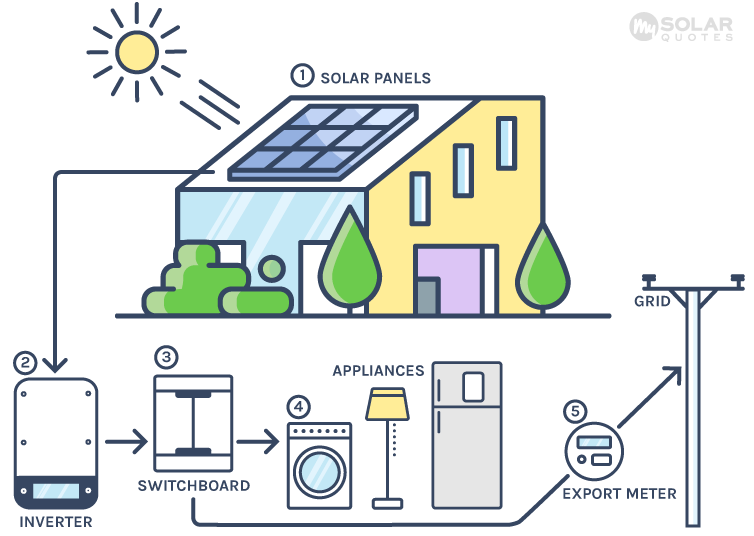 The best way to optimise a return on investment with a grid-connected system is by utilising as much generated solar power as possible.

Regular Energy Bills With A Grid Connected Solar Power System; What to Expect

How Does A Solar Panel Work?

Silicon is a semiconductor; it's able to absorb a percentage of the photons emitted by the sun as they hit the solar cells. As the solar cells are bombarded with photons, the electrons are knocked loose, allowing them to flow freely.

The solar cells have an electric field that loose electrons to flow in one direction. Metal contacts (both on top and the bottom of solar cells) allow the current to be fed through a solar cable to reach the solar inverter. As DC electricity is created via solar cells, the inverter converts the current into AC electricity; you then have electricity to be used however you choose!

Check out our Components page for more information about solar panels and other solar system parts, components and essentials.

The Price of a Solar Power System