New Zealand is synonymous with farming, our rolling hills and lush green plains have represented and fueled our small nation for decades.

Historically, agriculture has been the dominant industry for farmers. As of 2021, a dynamic change is taking place on farms throughout New Zealand.  Solar farms are being utilised nationwide for their ability to generate clean energy for communities, along with reliable and steady income for landowners.

Solar farms are now economically viable and are able to sell solar-generated electricity to the grid for mass consumption.  Many solar farms are due to be installed in the coming months and years, so expect to see them dotted throughout farmland nationwide.

Below are the two examples of solar farms in New Zealand. 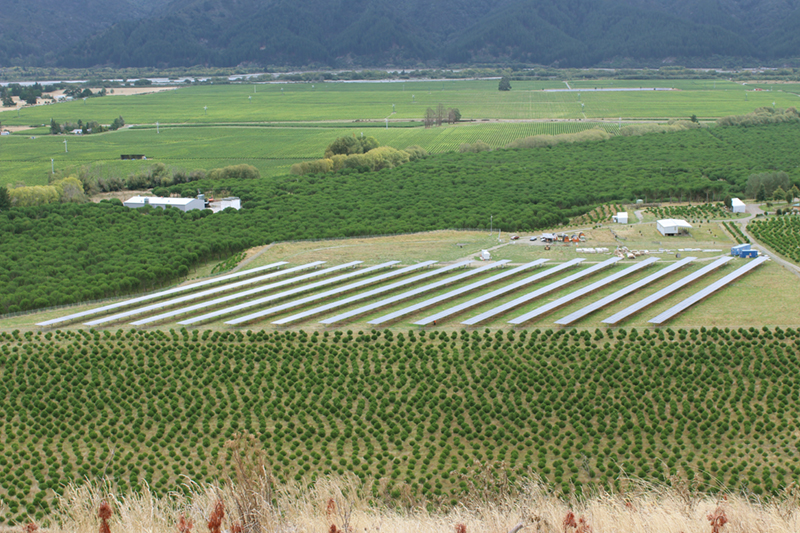 The Wairau valley solar farm is hailed as New Zealand’s first multi MW solar farm, opening in March, 2021. The farm’s capacity is 1.6MW, with 400W Yingli Bifacial solar panels. The solar farm has the benefit of solar panels that are mounted on tracking frames; solar panels track the sun (mechanically) with panels facing east in the morning, slowly tracking to the west in the afternoon. The solar tracking system allows more electricity generation than stationary solar panels.

The Wairau valley solar farm has an agreement with Marlborough lines to increase to 1.85MWh. However, their inverter capacity can allow up to 2.2MW (5,500 solar panels), so a further increase is possible should the lines company be compelled to do so.

The solar farm is owned by Kea Energy, a family owned business operating out of Canterbury.  Kea Energy owns and operates 14 renewable energy plants throughout the South Island, this includes hydro-turbines and solar power systems. 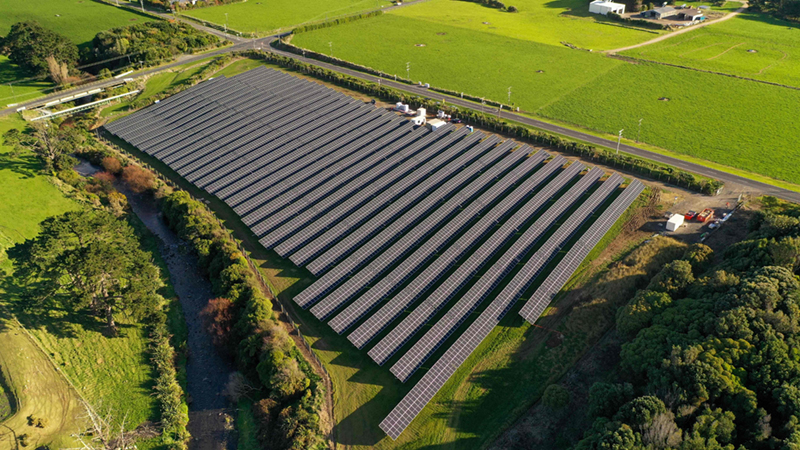 In operation since May 2021, New Zealand's largest solar power farm is in Kapuni, Taranaki. The solar capacity of the solar farm is 2.1MW, comprising 5,800 solar panels. The solar power plant will generate enough electricity to power over 520 homes.

The large ground-mounted solar arrays were installed by Sunergise which is owned by the Todd Energy company.  The solar plant is adjacent to the Kapuni Gas Treatment Plant on Palmer Rd.

Almost half (40%) of the contractors working on this project were from referrals from local hapū, Ngāti Manuhiakai and Ngāti Tu.  There will be four employees involved in the daily operations and maintenance of the solar power farm.