By Kristy Hoare on 29th August 2013 in International Solar 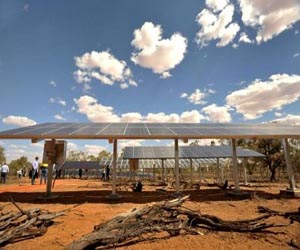 With over 1 million residential solar power systems installed in Australia, it is no surprise that the success of renewable energy uptake has cut into the profits of coal burning power stations, energy retails and network/lines businesses.

Subsidies and feed-in tariffs have already been heavily reduced in all States around Australia and things are about to get worse for the consumer.

Energy retailers are shifting the way that they charge consumers.  Instead of the bulk of the charge coming from the amount of units a consumer uses, retailers are starting to charge a bigger percentage on fixed daily access charges, which of course hurts those consumers who are doing the best they can to reduce the amount of energy they use and those who have invested in solar power or other types of micro-generation.

Without any Government intervention, the other option solar power system owners have to avoid being screwed by the energy companies is to go completely off the grid and become entirely power independent.  This is not a far off solution as battery storage prices continues to fall and could become a good financial decision.

Yet can't the two parties find middle ground before they end up with expensive battery storage in their homes, whilst there is expensive spare network capacity out on the street?

In order for middle ground to be found the network and energy retailers would need to embrace this new technology, just as journalist now embrace the Internet.  Otherwise they would need the Government to force them into it.

This is happening right now in Australia and while most New Zealanders are looking over the ditch and getting jealous of neighborhoods filled with solar panels there are many lessons we can learn from Australia.  If New Zealand wants to be powered 100% by renewable energy then we are going to need all parties on board.