By Kristy Hoare on 11th November 2015 in New Solar Technology 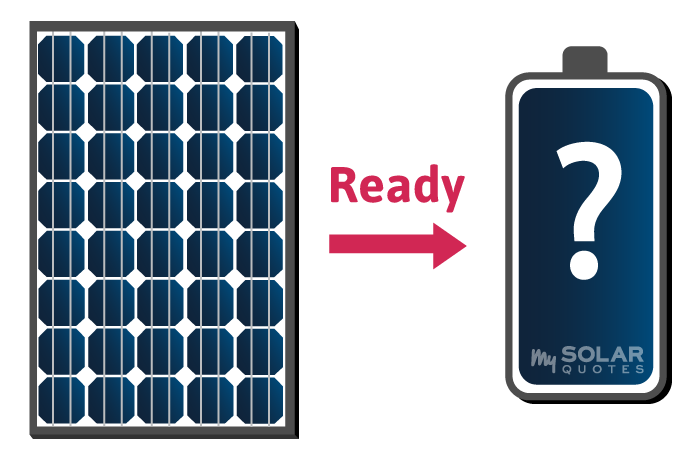 As of late, the media hype around solar power battery storage has been intense. Tesla, Enphase and Solax are all racing to release their own unique and affordable lithium-ion batteries, a godsend for the solar power system owner. The solar battery storage systems enable the owners to gain more control over their system whilst retaining generated solar power rather than exporting it to the grid.

Lithium-ion batteries haven't traditionally been used in solar power installations but are by no means new thing or idea. However, the products about to be launched into the market by the aforementioned innovative companies are to be considered 'new' due to the fact that they are packaged in a way that make them easy for installation. Most come with a 10 year warranty, they require minimal amount of ventilation, and lithium-ion batteries are a lot cheaper than they use to be.

In our fair land there are already a few options on the market, but none of the high end, revolutionary battery storage products are available here just yet. However, it's good news if you have been debating whether now is the right time or not for a solar power system on your roof at home. The fact that there are options available now means that you don't have to wait, you can literally start saving immediately on power bills via solar power.

Food for thought, if you are considering going solar; ask your solar installer about options for a 'battery ready' solar power system. What does this mean? It means you'll get a grid-connect system installed, but the solar installers will do a few things differently to make sure it's easy for them to attach batteries if and when you want them in the future. The system with batteries would then become a 'hybrid system.'

If you are getting a string inverter setup, i.e. not micro-inverters, make sure the solar installation company installs an inverter that is 'battery ready' i.e. has built in allowances for a batteries - this is your best bet for making sure you can make a smooth transition when incorporating batteries.

One of these 'battery ready' inverters is the SolaX Hybrid Series, which allows you to have a regular grid-connect solar power system until you are ready to upgrade to batteries.

The SolaX Hybrid Series gives you the opportunity to monitor your solar panels performance over time, measuring how much power you use directly versus the amount of power you export to the grid. Based on evaluating this data you can determine the best battery system size suitable for your solar setup. This way you are not going to get a battery size that is too big that doesn't get used, and you won't go too small, therefore not being as independent from the grid as you may want to be.

Enphase (biggest micro-inverter manufacturer) offers this same monitoring system. A humble little black box, which you can connect it up to any existing system whether it is a micro inverter system or a string inverter system.

Enphase are about to launch their new AC modular batteries early 2016, which also connects to a micro inverter system or string inverter system - a system in which you don't need to be 'battery inverter ready'. But you do need their new communication system, that little black box named the Envoy-S Metered.

If you do already have an Enphase Micro-Inverter system then you will need to upgrade to the new Envoy if you want to add in the AC batteries. Again, it's best to get a Envoy-S Metered as soon as possible so you can see the patterns between how much solar power you use directly and how much power you export to the grid. The Envoy-S Metered will be able to show you the average amount of solar power exported to the grid, you'll be able to get a battery pack to store that amount that would have usually been exported to the grid. The Enphase battery units "stackable" and are all 1.2kW.  You can have as little as one unit just to offset some of the solar power you export.

Being battery ready for the Tesla Powerwall is a little bit trickier as the formidable Powerwall has a higher voltage output that not all solar inverters can connect to. At the moment the only inverters built for the Powerwall are from Fronius and SolarEdge. If the Tesla proves to be popular choice, then this would surely change. I wouldn't be surprised if Tesla comes out with another model that can connect to stand solar inverters - because as of right now they are limiting their market potential with the specs of the current model.

Now really is a great time to take the plunge if you have been considering solar power for your home.

Sourcing your own battery storage systems is unadvisable and risky business. I spoke to a gentlemen the other day who had ordered a Tesla Powerwall directly from Tesla leaving him struggling to find a solar company in New Zealand that has the means to install it for him.

My advice when shopping for solar power systems, request to be 'battery ready' before installation. Pick a knowledgeable, reputable company that will be able to ensure you get the best components available in New Zealand, and guarantee a safe and reliable installation.

PowerWall2 now has a built in inverter, and is AC coupled so can work with any existing solar PV inverter. The Tesla Backup Gateway 2 supplied in installation splits Non-Backup load (that won\'t draw from the PowerWall) and does the current flow sensing (to enable battery control and mobile app monitoring) that previously a hybrid inverter had to have the smarts to do.