Half-Cut Solar Cell Panels - All You Need to Know

By Aniket Bhor on 15th March 2022 in New Solar Technology In 2014, solar equipment manufacturer REC introduced a strange new solar panel - one with half-cut cells. Traditionally, full-sized panels came with 60 or 72 cells in them, and all of them were whole cells, without any perceived need for cutting them in half.

Few people would have imagined that half-cut cells would quietly claim the “next big thing” title in less than a decade. But if you look at the reasoning behind the technology, it makes perfect sense. Half cell panels offer a few crucial advantages over traditional panels. Let’s discuss the same in more detail, starting first with an overview of half cell panels.

What Exactly are Half Cell Panels

Here’s a quick revision on traditional solar panels - a panel comprises an array of solar cells sandwiched between a few other components such as glass and back sheet. The cells themselves are made from super-thin wafers cut from rods made of silicon. These cells are arranged in rows and columns, connected together for power flow. Here’s how they look - 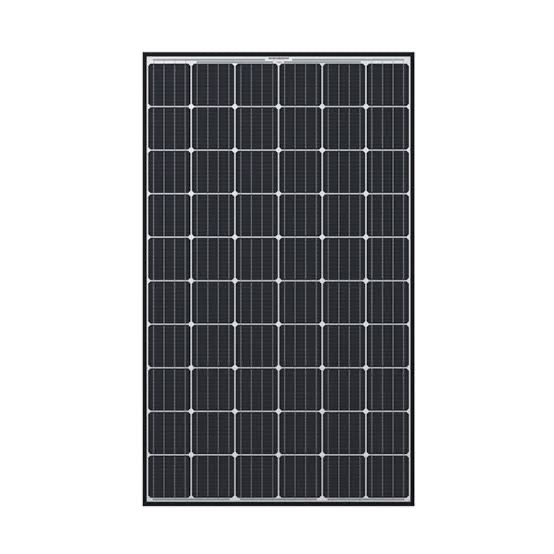 Half-cell panels, on the other hand, look like this - 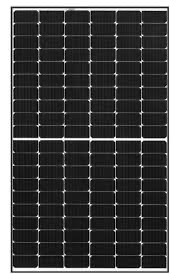 This type of solar panel is essentially two smaller panels joined together, where both the smaller panels have all the cells cut in half, and the top half works independently of the bottom half.  Now why would someone choose to complicate a perfectly working thing by adding the delicate work of cell-cutting, soldering, etc.?

The greatest advantage of a half cell panel over a traditional solar panel is its improved efficiency. But this is a very general way to put it, and to understand how the efficiency is improved, we will first have to look at the major drawbacks of a full cell panel.

In a typical full cell panel, all the individual cells are connected in series, meaning the positive terminal of one cell connects to the negative of the next, and so on. In a series connection, voltages of individual entities add up. So for instance in a 60 cell panel where each cell’s voltage is about 0.5 V, connecting all the cells in series gives us a panel voltage of 60 x 0.5 V = 30 V.

There’s just one problem with this type of design - series connections are extremely vulnerable to partial shading. If part of a panel is shaded, the entire panel shows a serious drop in production (same when one panel in a series string is shaded) - like a high-school project team where nobody is willing to take up someone else’s tasks and the entire project gets stalled because one of the kids doesn’t show up!

One way to solve this problem is to connect the cells in parallel, but then we would have very low, almost unusable voltage output per panel, and we would need really heavy cables to transmit all that added current (parallel connections lead to addition of current outputs), since more current means more losses. And speaking of current brings us to the second important drawback of full cell panels - resistive losses.

In the most ideal scenario, you would want to have the highest possible voltage and the lowest possible current, since even a small increase in it increases power losses. This is why in any solar panel, you will find cells connected in series. Even the 30 or so milliamperes generated per sq. cm. of a cell can have noticeable losses.

While many people were scratching their heads about these problems, some smart individuals found a way to halve the current while keeping the voltage the same - by simply cutting the cells in half.

Advantages of Half Cell Panels

Resistance is the characteristic of any material to oppose the flow of current. Plastic and rubber are extremely stubborn at resisting power flow, while metals usually allow it. However, even the best electrical conductors will have some resistance in them. ‘What does this have to do with half cell panels?’, you may ask. The answer lies in a simple formula -

By cutting solar cells in half, the voltage remains the same (great news!), while the current is slashed into half - meaning the power loss goes down by a factor of 4. Ultimately, this gives us what everyone in the solar power world is always desiring - more efficient panels!

As we discussed earlier, partial shading means all the cells in a panel slow down. When cells are cut into half, we essentially have 120 or 144 small cells instead of 60 or 72. These are then split into two series batches of 60 or 72 each and connected in parallel. This type of wiring means that even if one batch is affected by shading, the other batch keeps generating power.

In a full cell panel, when a single cell in a cell string is shaded, all the neighbouring unshaded cells can dump the energy they produce into the first shaded cell as heat. This creates a hotspot, which, given enough time, can severely damage the solar panel.

In a half cell panel, twice the cell strings means only half the heat. In other words, there are more cells to dump the heat into, and it will be dumped in a more dispersed manner. 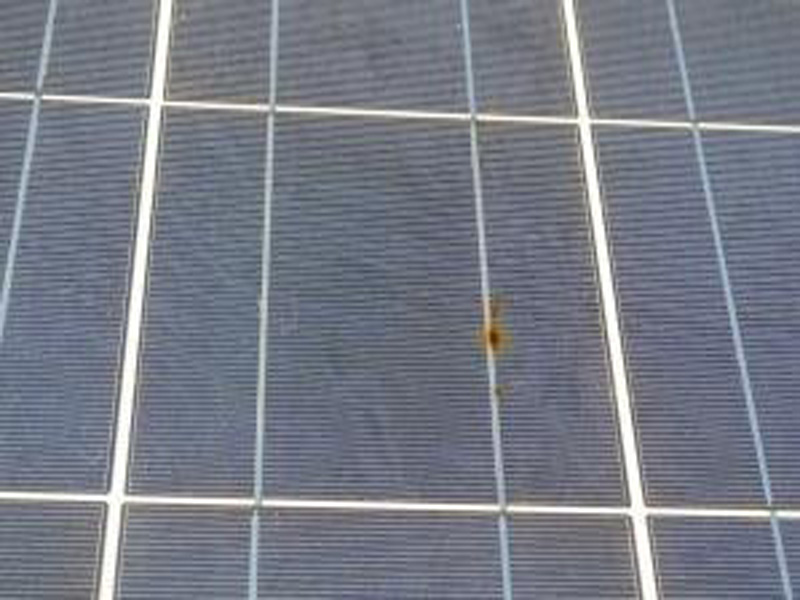 Image - Hotspot on a solar panel due to shading (source - syswe.de)

The solar cells in half cell panels are usually manufactured using an innovative technology known as ‘Passivated Emitter and Rear Contact’ (PERC). These cells have an additional layer on the back of traditional solar cells. This layer helps capture more sunlight and turn it into electricity.

PERC modules have on average about 5% more efficiency compared to traditional modules.

Disadvantages of Half Cell Panels

No new technology is devoid of drawbacks. Half cell panels are relatively new and though they deliver on a lot of pros, there are a couple of cons worth noting.

This does not mean that half cell panels are not worth the price - it depends on your requirement. If you are never going to face shading issues and if you are not very concerned about a little difference in efficiency, then you can opt for traditional panels.

Soldering is used to connect solar cells to one another using solar ribbons that run throughout the panel. Think of it as an adhesive bond created by locally melting a little conducting metal to stick the solar ribbon to the cells.

This method is not fool-proof and may have defects, and twice the number of soldered points means twice the likelihood of soldering defects, aka internal cell defects.

The Future of Half Cell Panels

Despite their nominal drawbacks, half cell panels are rapidly gaining popularity. The ninth edition of the International Technology Roadmap for Photovoltaics (ITRPV) predicts the market share of half cells will grow from 5% in 2018 to nearly 40% in 2028.

With advancing machinery and production techniques, the extra time and cost incurred in half cell panel production is bound to go down. As such, it will not be a surprise if we are at a point where the market is completely dominated by half cell panels.

In a relatively short span of time, following the pioneer REC, nearly all major solar panel manufacturers have launched half cell panels. Particularly in NZ, there are at least five different brands to choose from, and we are sure that number will grow fast.

In case you are interested, here’s a list of all the half cell models available currently in NZ:

In summary, half cell panels seem to be the obvious upgrade over traditional, full cell panels. Their ability to significantly reduce shading as well as current losses is almost revolutionary, which is why the market predictions seem to make total sense. Half cell panels might actually be, or are - truly the next big thing in solar panel tech!