By Kristy Hoare on 11th February 2013 in Solar Technology 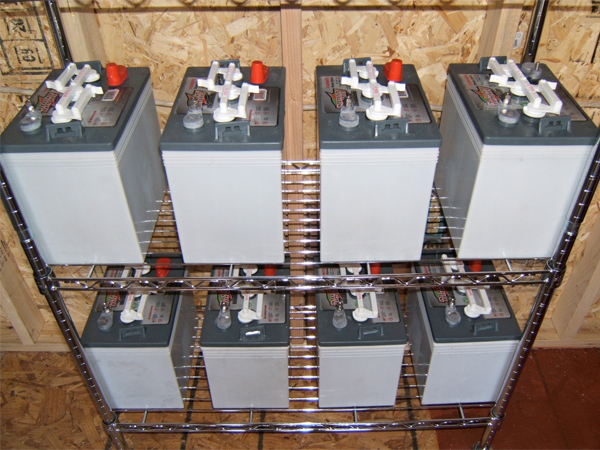 Storage for solar power is a big topic in the solar pv world at the moment. The race is on to create the perfect solution for storing solar power generated at peaks times (i.e. in the middle of the day when we get the most sun light) to save it for early in the morning or later in the evening when there is peak demand.

For many people that are connected to the power grid, they still like the idea of storing some of their solar power that is produced during the day and using that power at night rather than having to draw power from the grid, i.e. they want that little bit more independence from the grid.

So how far away are we from storage systems like this being economically viable and commercially available in New Zealand?

Currently Auckland's lines co Vector is offering their customers a 3kW grid connect solar power system with a controlled battery unit.  The system is programmed to offset the home's consumption during the evening when most homes use the majority of their power.  Vector will own these systems but you have to sign up for at least 6 months, the setup fee is $2K and there is a monthly payment of $70-$80. Vector says they system will be managed by them which makes me wonder if the system will be putting power back into the grid if Vector experiences a power shortage?

I am interested to find out, and I am sure others will as well, if this offer checks out?  Is this offer worth it to the homeowners? - please comment below.

Apart from Vectors offer, all other solar installers still just offer the grid-connect systems and off grid.  Some installers offer battery backup systems, but generally the power from the batteries are only used when the grid is down.  Depending on how long you want to be able to use power for once the grid goes down, the backup controller and batteries will cost you at least an extra $7K.

Storage will play a key part in increasing the amount of solar power produced in New Zealand.  Once again the Germans are ahead after an announcement made last month (January 2013) that their Government will start subsiding solar power storage from April onwards.  I will keep an eye out for new storage technology coming into New Zealand and will hopefully follow up this blog post soon.

Super extiecd to see more of this kind of stuff online.