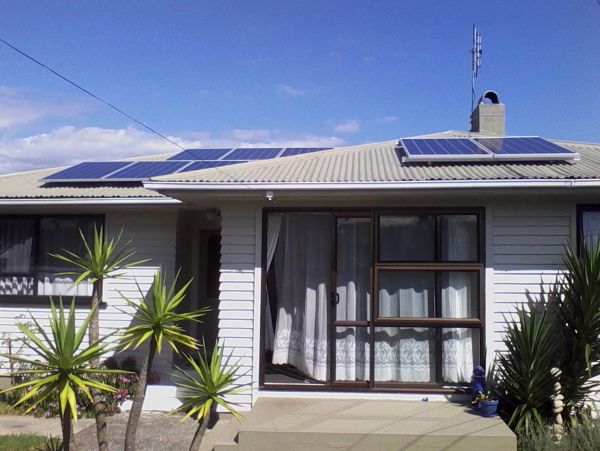 Comments on the installation: "No problem with PVSolar, In spite of a partnership breakdown they completed the job. Took a little longer however the Christmas break came in the middle of the installation and that accounted for some of the delay."

Comments on the system performance: "The system seems to be producing consistent 8-10 kwh per day at present (Summer in Auckland). Have had only one power bill so far from Mercury for half of January- 173Kwh $47.54 as apposed to 173Kwh whole of January 2015 at $55.33.Non- discounted . So looking like a 8.6% saving."

Advice: "While the short term benefit may not look attractive, over time this has to be a better option than paying ever increasing electricity tarriffs."