By Kristy Hoare on 9th August 2013 in Electric Vehicles 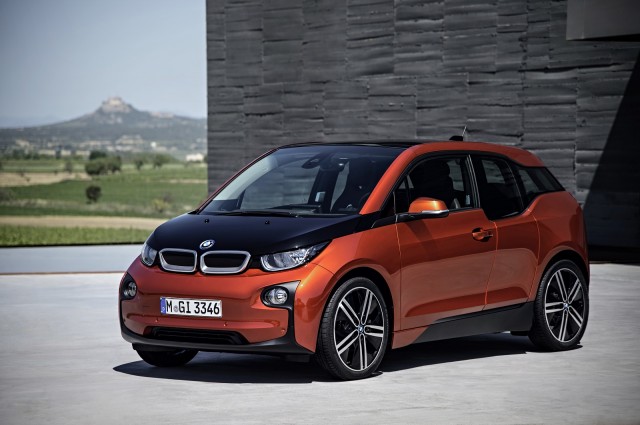 BMW has finally come out with their first electric car, the BMW i3.   It's a part of the BMW i sub-brand, and has been built from the ground up as a purpose built electric vehicle.

The car manufacturers state that the engineers could design whatever works best, so they have designed it to the characteristics of the car rather than any pre-existing vehicle design.   Perhaps this is a one of the cars downfalls as it does look slightly novel; you would think electric car owners would want a sleek and normal looking car, the only difference being the electric engine.

It is not ground breaking by any means, but it is the first-ever mass produced carbon fiber reinforced plastic vehicle within the automotive industry.   The carbon fiber makes it 50% lighter than steel. The light weight car allows for the use of a smaller, light weight batteries, which makes it more dynamic to drive, increases its range and has less charging time.  In saying that the charge time is still 3 hours and it doesn't come close to the driving           range that Tesla's Model S has with 500 kilometers, as the BMW only has a range of 130-160 kilometers.   It goes zero to 100 kmh is seven seconds, which isn't bad.

From my initial glance of the BMW i3 I was instantly disappointed, as it looks like a novelty electric car, and without the BMW badge you wouldn't know what brand it was.   But then I came around a bit, as I do appreciate the fact the BMW has finally put out an electric car and I can only hope that they improve with each model to follow it €¦   it's a starting point.

What's really disappointing is that there is an optional gasoline powered range extender generator, which doubles the vehicles range.   BMW say it's to "reduce anxiety".   The average daily distance travelled is around 40-50 kilometers, well within the i3's capability.   I am also sure that whoever can afford this vehicle will probably have a second car that runs on petrol, so whenever a long distance trip is coming up they would use one of the others.   If BMW aren't putting any trust into what they are selling then why should people buy it?

Whether the BMW i3 will take off in New Zealand, only time will tell.   Perhaps I will put out a better review after a test drive.