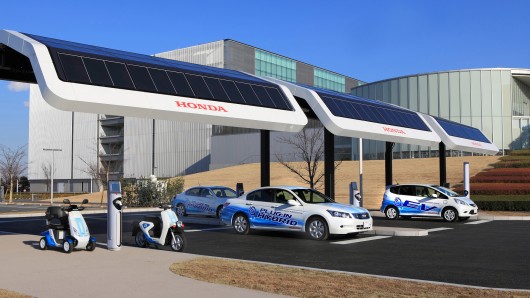 If you are like me and loved watching that 90's TV program Beyond 2000 and like to image what the future will look like, then these designs of solar powered car charging stations might be of interest to you. I have no doubt that these stations will be every where in the future, but the question is what will they look like?

I have found what I think are the coolest looking solar powered, electric car charging stations, let me know what you think is the pick of the bunch in comment section below. 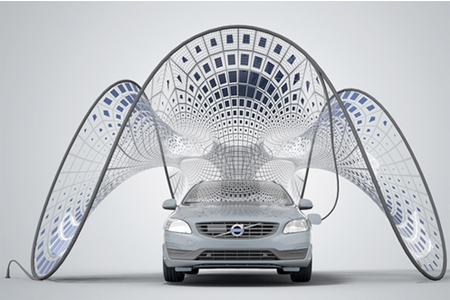 This collapsible car charging solar pavilion designed by Volvo is called 'Pure Tension' - This solar power system can be kept in the car's trunk, and folds out when the car needs a bit of boost.  Who knows how the sun is suppose to hit the panels that are facing north, south east and west at the same time, but it does look pretty cool. 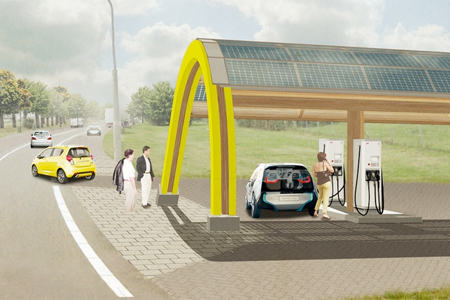 By the end of 2015, residents of the Netherlands will be using the worlds largest solar-fuelled electric car station network.  200 of these fast-charging stations will be spaced out along highways at a maximum distance of 50 kilometrs from each other.

The stations are shaded with solar canopies and will be capable of charging EVs from all major car brands and able to fuel the vehicle's batteries in as little as 15 to 30 minutes. 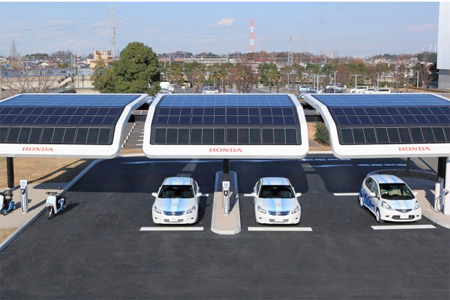 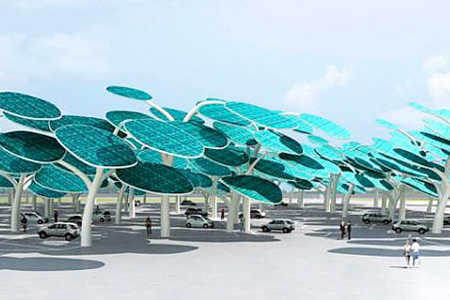 The designer Neville Mars has named this the Solar Forest Charging Station for Electric Vehicles.  Although it is a strikingly awesome design, it is hard to see this design working very efficiently as some solar leaves shade other solar leaves which is not ideal! 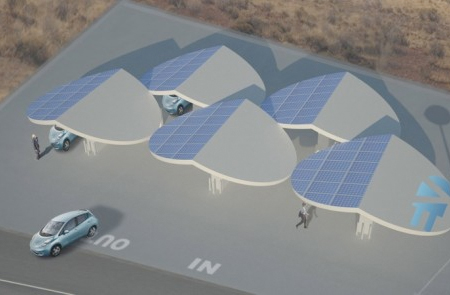 This is a conceptual drawing of solar powered electric vehicle charging station by Johnston Marklee from ECOtality. 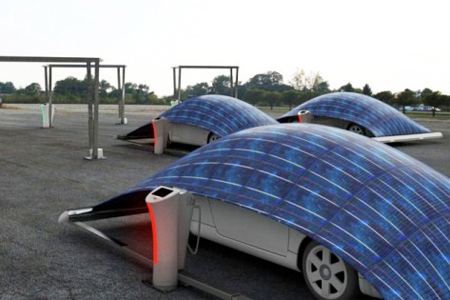 V-Tent, designed by Hakan GÃ¼rsu, protects the car from environmental conditions as well as charging it at the same time. It is a collapsible canopy that can be used at home and public parking areas. 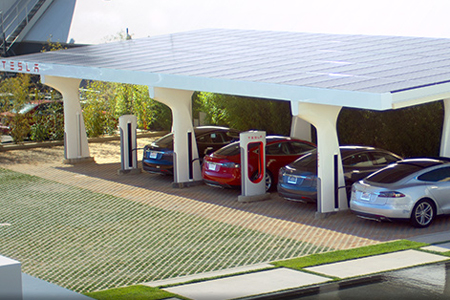 Tesla have already rolled out 27 of these Supercharger stations across the United States.  Superchargers provide half a charge required in about 20 minutes.  They are strategically placed near to diners, cafes and shopping centers so users can make good use of their time while they are waiting.

I found it interesting to learn that the fastest way to fuel your Model S is to charge to 80% state of charge, as charging the final 20% takes approximately the same amount of time as the first 80%.  They say it's like turning down a faucet in order to fill a glass of water to the top without spilling.  Superchargers are free to use for owners of Tesla's Model S.

Love our 2014 toyota pruis c hybird automatuc car. Plleased it dies not need ti be plugged in at night. Hate to have a power outage durning winter months then you need to call a taxi. we had no public recharge stations near our home. But see the power company has just opened up one on the hibiscus coast thats a plus but up hete we brought hybirfs that do not need to plug in to charge up good thinking wotks well dont use much petrol.

Love our 2014 toyota pruis c hybird automatuc car. Pleased it does not need to be plugged in at night. Hate to have a power outage during winter months then you need to call a taxi. we had no public recharge stations near our home. But see the power company has just opened up one on the hibiscus coast, that's is a plus, but up here we brought hybrids that do not need to plug in to charge up good thinking works well dont use much petrol.