Solar Power to be a part of the Christchurch rebuild

By Kristy Hoare on 17th July 2013 in Solar Power Trends 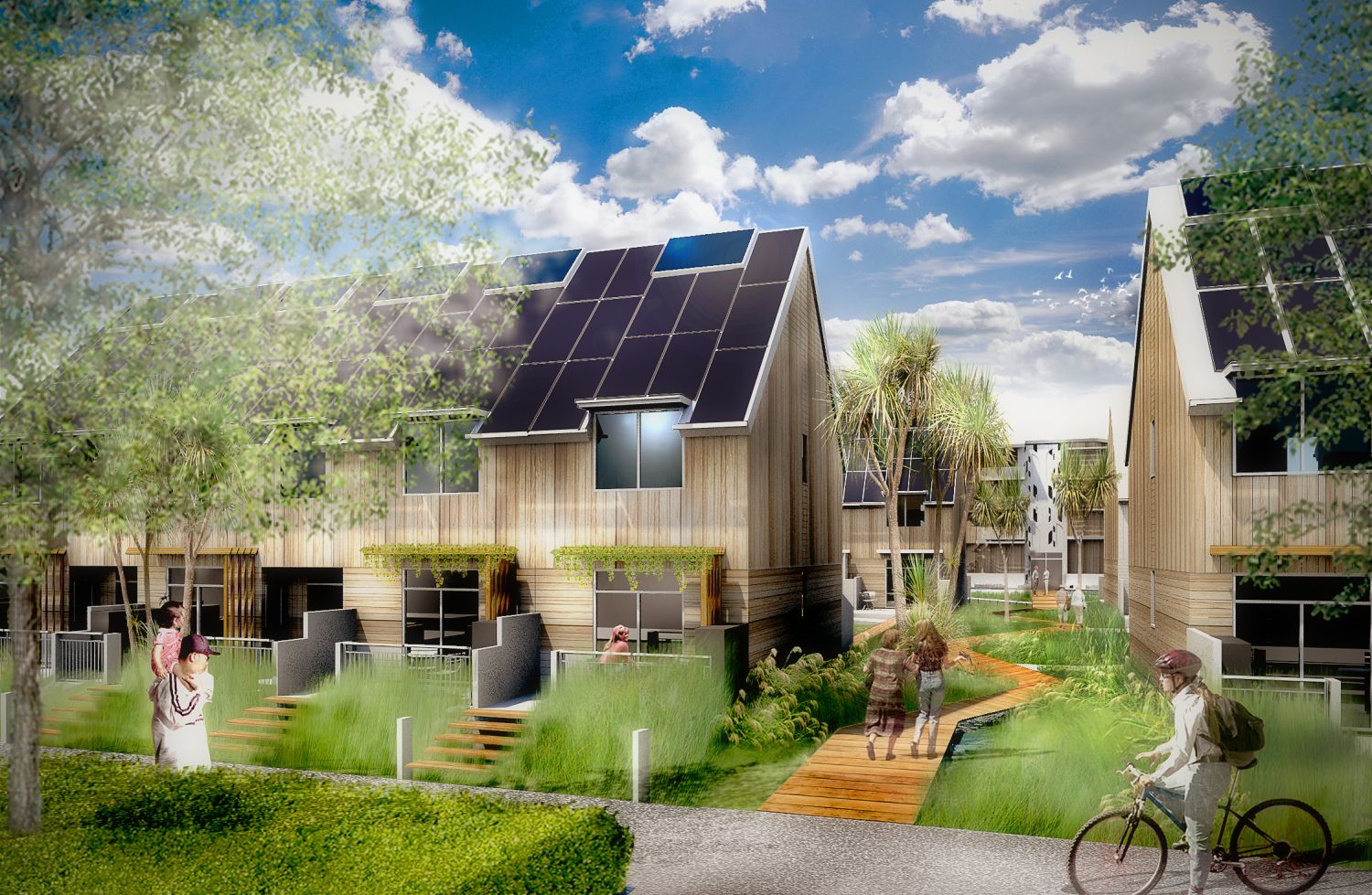 Following the devastating 6.3 magnitude earthquake in Christchurch in 2011, the focus has been rebuilding the city so everyone can get on with life.  In a lot of the new building design submissions, there has been a lot of emphasis to build smarter with buildings that cost less to run, have a smaller environmental footprint and that create less waste, including solar power on new buildings and homes being an obvious solution.

The surburb of Highfield, is a new 2,200 house subdivision in Christchurch which has just been given the go ahead by the Christchurch City council.  The development includes two shopping areas, retirement homes and parks, but the once rural land will be mainly be used for residential purposes.  It will feature mixed-density houses all with solar hot water systems and the option of solar power.  Solar power will be offered as an addition to everyone who buys a home and land package, with Enasolar inverters being the brand of choice.

Christchurch is home to Enasolar, one of New Zealand's largest manufacturers in the solar industry.  Enasolar is a designer and manufacturer of high quality solar inverters.  The earthquake did impact the business, they had several buildings effected by the quake, in one building a roof collapsed.  The company managed to quickly move into a site that is much bigger and better.  The earthquake was a minor set back to company, but now it's onwards and upwards for the hi-tech company.

The Christchurch City Council has set up an international competition for architects to design a new urban village that provides a new place for living in the city that has a focus on sustainability, innovation and community.  Out of 58 entries, they are now down to four finalists.  One being the Jasmax & Viva! Project 'Living Village' which elegantly includes solar electric panels, organic food garden, on-site water treatment, a cafÃ©, a community house and the positioning of homes helps encourage social interaction. It would be great to see these guys win. (The picture above is from Living Village submission)

It could be a bit insensitive to say that the quake has a positive side, as so many people have severely suffered from fateful day and many people are still living in earthquake-shattered homes.  But because most Cantabrians are renovating and rebuilding with forward thinking about the environment and communities, I think Christchurch will become a very desirable, and very sustainable place to live in.