Charging An EV With Solar Power; The Top 5 Questions Answered

By Kristy Hoare on 18th June 2021 in Electric Vehicles 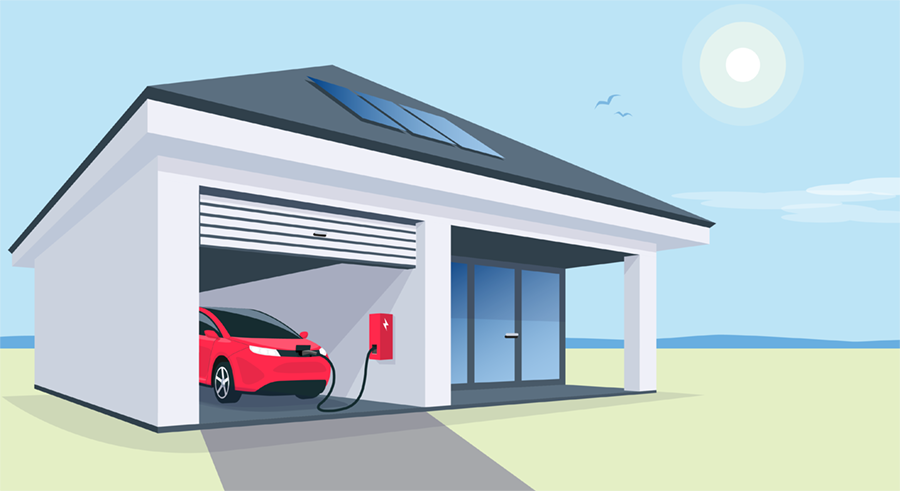 Following the Government’s latest announcement of electric vehicle (EV) subsidies we figured it was time to revisit a few key questions that kiwis have in regards to charging an EV with solar power.

Electric vehicles and solar power go hand in hand.  EV’s and solar power both have innovative technologies that allow users to determine how best to generate and distribute self-generated (or plugged in) electricity - in turn, this will make a difference in reducing carbon emissions and a cleaner world for the greater population. And the good cheer doesn't stop there - EV’s & solar power actually help save users a significant amount of money too.

1. Can You Charge An EV With Solar Power?

Yes, users can charge an EV and Plug-in Hybrid Vehicles (PHEVs) via rooftop solar panels - of course, this is achieved during daylight hours.  If the solar power system can generate more electricity than what the EV requires to charge, then no power is required from the grid (thus allowing the vehicle to be charged with 100% solar power).

Overcast days will require power from the grid coupled with self-generated solar power to get the car battery fully charged (unless of course, the user has a power wall, allowing the car to be charged with solar power/saved solar power).

Solar power can be intermittent, such as when a cloud passes over a home, solar generation can drop but the EV will keep charging.  Therefore it’s difficult to be 100% charged by solar. However, there is a technology that can ensure as much solar power is used by the EV as possible (see question 4 below).

As mentioned, powering an EV from solar batteries at night is possible, but if charging during the night is required without stored solar power, it would be advantageous to charge the EV from an electricity retailer that offers reasonable evening electricity rates. 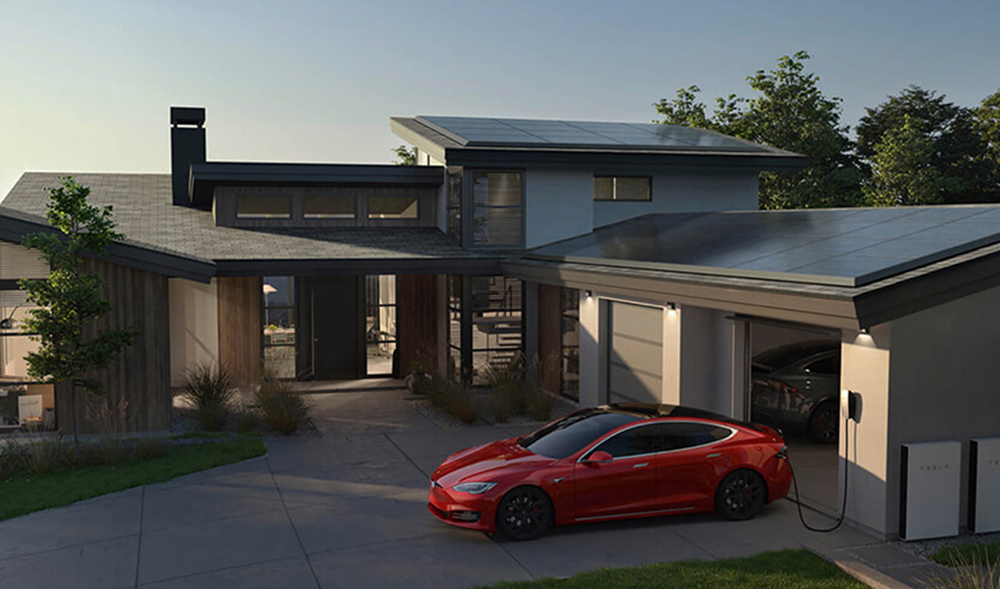 2. How Many Solar Panels Are Required To Charge An EV

In short, the generic answer is a 2kW system, so roughly six solar panels can charge a Nissan Leaf EV for a typical NZ commuter. Six solar panels will be enough for someone in Auckland, but a Dunedin user may require a slightly larger system, say around 2.5kW, which is 7 solar panels.   Find out how I reached this conclusion here.

A 2kW solar power system is big enough to charge a 2018 Nissan Leaf.  A single charge should allow travel of up to 28km a day - even in June when solar power isn’t expected to produce as much electricity due to increased cloud cover and shorter days.  Therefore a 2kW solar panel system in June will cover exactly what a Nissan Leaf typically needs to travel during a day's worth of driving.  In other months excess power will be available, and appliances in the home can easily use all the extra electricity up.

For the average kiwi household wishing to power a home and charge an EV with solar panels (without batteries but with grid assistance), a recommendation would likely be to install a 5-6kW solar power system.  Since the average solar power system size currently being installed in New Zealand is a 4kW system, then the extra 2kW is added on for EV charging (this is a rough, generic estimate).

To find out the best system size and the optimal amount of solar panels required for a build click here to get 3 free solar quotes.

An EV will increase your power bills, roughly by a third, but despite this, they are still significantly cheaper than purchasing fuel from a petrol station.  What’s considerably pleasant about the solar and EV combo is that the customer is paying for the EV’s power up front.  A solar power system is a once-off purchase but is expected to last at least 25 years. This allows for protection from electricity price increases.

4. What Are The Environmental Benefits For Charging An EV With Solar

Charging an electric vehicle via solar power with 100% renewable energy is a big plus for many kiwis - it's a great way to produce and use electricity.

Smart energy management systems coupled with solar power systems allow for a much larger percentage of electricity to charge an EV derived from solar, the ultimate 100% renewable energy resource.

5. What Components Are Needed To Charge An EV With Solar?

A standard EV wall plug can draw power from a solar power system, but the consumer would need to manually charge the EV when the sun is out.  There are smart systems that can do this, such as the EO Mini Pro 2 which is now available in New Zealand. 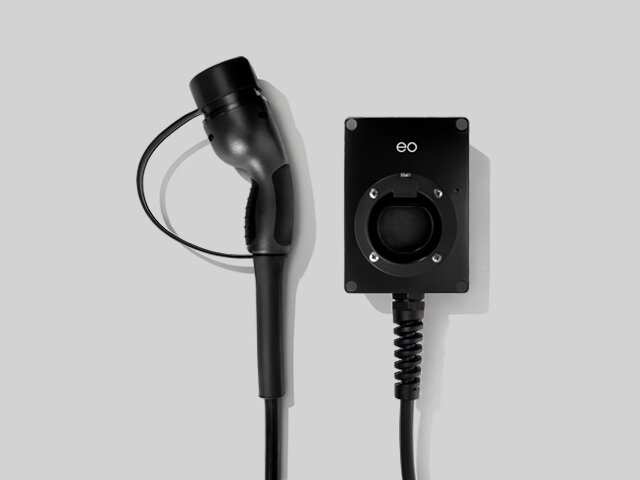 The EO Mini Pro 2 is a smart EV wall charger that connects to a solar power system and will monitor solar power production, charging at a rate that matches the output of the solar power system. If there is just enough solar power to start charging then the charger will turn on and a trickle charge will begin.  At its peak, it can charge as much as 7.2kW from solar. Thinking about installing solar but yet to make the purchase? Solaredge’s 2 in 1 solar power inverter and EV charging station could be worth considering. This smart unit will allow an electric vehicle to charge up to 2.5 times faster when boosting grid power with solar power.

What Are The NZ Government EV Rebates?