Solar Power Driving - A Possibility For The Distant Future

By Kristy Hoare on 28th January 2014 in Electric Vehicles 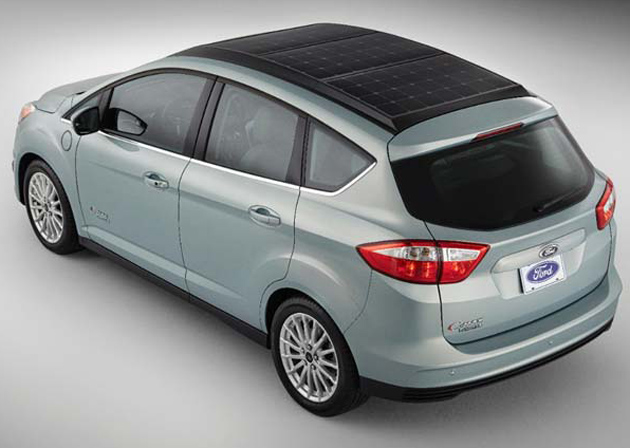 Perhaps in an attempt to appeal to the growing number of solar energy fans around the world, the Ford motor company has unveiled a new prototype solar-powered hybrid car.

The Ford C-Max Solar Energi concept is designed with a built in solar panel on its roof. They've also developed a solar concentrator with the ability to track the position of the sun in order to direct concentrated sunlight on to the rooftop solar panel. They claim these solar panels have the ability to draw enough power in a day to equal a four hour battery charge, with a full charge allowing the car to travel 34 kilometres powered only by electricity.

The concept car will be displayed at the Consumer Electronics Show (CES) in Las Vegas before Ford begins testing to see if large scale production of the model is feasible.

The solar concentrator will be in the form of an off-vehicle Fresnal lens (originally developed for use in lighthouses) which will concentrate the sun rays and ensure that the solar panels absorb enough energy. Researchers have claimed the lens boosts the effect of the sunlight by a factor of eight.

These Fresnal lens along with the tracking system and solar panels have the ability to equal the performance of their conventional C-MAX Energi plug-in hybrid car with a day's worth of sunlight. Both hybrids have the same maximum range of 998 kilometres. The concept car will also have the conventional charging socket giving its users the ability to charge the car conventionally as well, whenever necessary.

With the new solar systems, Ford suggests that drivers will not have to depend upon an electrical grid. In the future, research shows that solar energy could be used to power up to 75% of all trips made by the average driver using a solar hybrid car.

However, Damion Smy from Car Magazine has expressed reservations stating that it may be some time before solar panels are a common sight on our roads.

"What Ford has done here is clever use of solar technology, as it assists battery charging," she said, but then she also said that, "Solar power could be used to run ancillaries, such as air-conditioning, but the limited capability for solar panels means that we won't see them used as the main power source anytime soon."

Given Smy's reservations, it may seem that it will take some time before solar-powered cars hit the consumer market, but one thing is certain - solar energy is making waves anywhere that cost-saving on energy is a priority.