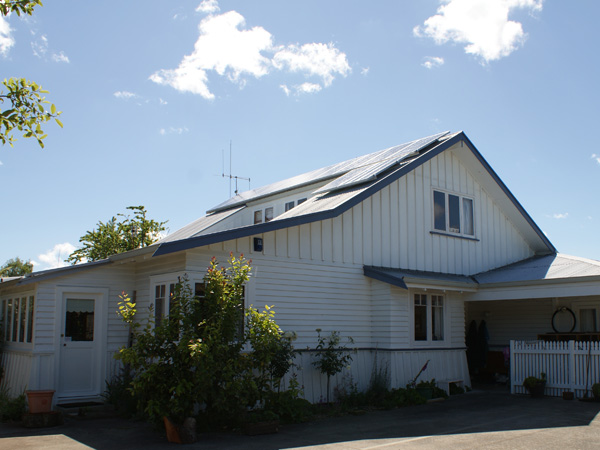 As the price of photovoltaic (PV) solar panels has gone down, many solar power installation companies in New Zealand are starting to report massive increases in sales. And it is not just a drop in the prices of individual components - complete system packages have also experienced a dramatic decrease in price.

Sustainable Electricity Association New Zealand (SEANZ) reports a 370% surge in solar power installations in just the past two years, and it seems that this figure will rise even more in 2014. Could 2014 be the 'Year of the Solar'?

Only time will tell.

But there is no doubt that solar energy has become the talk of the town. In 2013 alone, approximately 1,478 new PV solar energy systems were installed in New Zealand, with an average system size of 5.5 kW (total 8,131 kW). Every time someone down the street would get a new solar power system installed, everyone would start asking questions and talk to each other about solar power. Slowly and steadily, it seems that most people now have a fair idea about the benefits of using solar power in this small town of 4.5 million.

But it's not just the environmental benefits or the long-term cost savings that draw people's attention towards solar power today. The fact is that these systems are now much more affordable than before. With electricity prices on the rise, even households with lesser incomes are making plans to save up for a new solar power system, perhaps in an attempt to gain independence from power companies. And why not, we say!

Lately it has started to seem like prices can only go one way, and that's up - regardless of whether we talk about food, fuel, or furniture - it's a breath of fresh air to see prices go down for once. How low you ask? Well, to give you an example, some companies are offering completely installed systems starting at $6,500 only - yes, that is the entry price for a solar power system but it's lower than ever before.

It is perhaps safe to say those days are behind us when people invested in solar systems just for environmental reasons or as a status symbol (or just to become independent of their power company). Back then, solar power companies usually had a team of just 2-3 people running around to complete installation requests. But that was 10 years ago. Today, some specialist solar power companies employ more than 20 people, and there are over 40 companies operating in this industry. With a return on investment as low as 8%, this is just the right time to go solar.

A white paper published by IHS Solar Solutions forecasts that "Worldwide PV installations are set to rise by double digits in 2014".  It is predicted that China will be installing the most solar power, followed by Japan and then the U.S. But New Zealand isn't that far behind. With the New Zealand economy strengthening, solar power prices lower than ever, and advanced technology now readily available in the New Zealand market, 2014 should be a great year for Solar Power Installation Businesses.