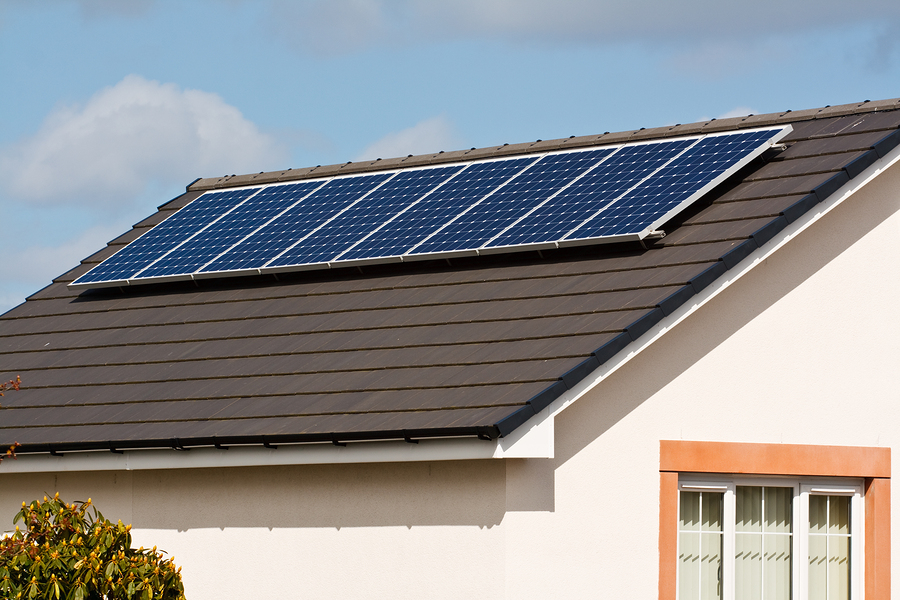 With solar panels entering the NZ market with force, people are starting to get worried about the aesthetics of solar panels on their roof. They want the benefits, but not the bulk. You see, I would put solar panels quite happily on my roof, in a position for every passer by to admire and gush over, but alas I'm not everyone, and who even gushes these days?

About now memories of solar panels protruding at ugly, odd angles on neighborhood roofs might be haunting your dreams, or perhaps the thought had never crossed your mind?  Either way, I bring good you news in the form of the choices now available to you in the search for a subtle yet powerful generator of electricity and its placement on your roof.

It is actually your choice for where you may decide where solar panels will be installed on your home. Of course there may be the odd occasion where a solar installer will say it is physically impossible to install on a roof side, maybe because of the roof size or lack of structure to fix the solar panels to. Typically solar power installers will make recommendations based on where you will get the most power from the sun, but if you don't like where they are drafted to be attatched, be sure to voice your concerns, there are options, I'll have you know. And your paying, living and enjoying the panels, so your executive decision should be final.

Often, which roof side that the panels get installed on is an option.  Even though north is generally prefered, you don't have to go with the status quo.  For example, if your north facing roof can be seen from the road and you don't want people to see that you have solar panels, then you can choose to put the solar panels on the west facing roof (given there is enough room and no shaded areas).  You may loose 15% of the optimal amount of power from the system, but to get the aesthetics right it may be worth the loss, or you could add 15% more panels to make up for it, too easy.

The optimal angle for solar panels in New Zealand is 25° to 30° tilt.  If your roof angle is 15° you can choose to tilt the panels up further, but if you like the flushed look then keep them at that angle.  By keeping the panels at 15° you would only lose around 1% - 2% of the optimal amount of power you could achieve from the system. But be warned, the brave souls who dare live with a completely flat roof, it is highly recommended by industry professionals that the panels be tilted to at least 10° so the panels can self clean in the rain, no one likes a dirty panel.

Standard solar panels have to be installed with a 100mm gap between the roof and the panels. Recently the "sunken in" look has been discussed a lot with the installation process, but roof regulations tend to be a significant speed bump in the conversations between installers and customers that I have been involved in of late.  But - by all means ask your local solar installer if they have any new solutions.

There is the option to have tiled solar panels, which you might have seen on the television the other night on the show Art of the Architect, featuring the Zero Energy Home.  These solar panels cost around twice as much as regular solar panels, but they are also a substitute for regular roof material so you do save on that cost, and you retain bragging rights.

Obviously solar power systems are a worthwhile investment that will not deduct value from your home but add value to your home. They need not harm the aesthetics of your house, but will quite possibly compliment your humble abode.

Make sure you talk to your solar power installer about concerns of how the system will look before you sign up with them. They are not in the business of installing ugly solar power systems - so they will understand. This is to make sure you get a system you are thrilled about. Your happiness along with millions of solar panel enthusiasts is what will get more of the world powered by the sun.