Australian Solar Market Expects To Do Even Better In 2015

By Kristy Hoare on 2nd February 2015 in International Solar 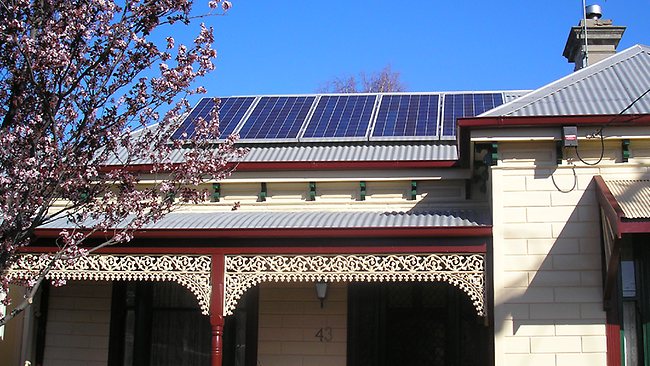 The actual number of systems being installed declined by 8%, to 187,000. The capacity increase in 2014 was attributed to the average system size, which reached 4.8 kW and to the expanding commercial rooftop market.

Although the market in New Zealand is growing, we are still no where near comparable to the size of the Australian market.

Though they may have one of the world's worst reputations in carbon emissions and pollution, the Australian public have the fortitude to see the importance of the solar power industry. Much like New Zealand, the Australian government sees dollar signs first and the environment second (or further down the list). But unlike New Zealand, the Australian public have moved forward and pushed to have solar installations installed regardless of the tension and obstacles placed in front of them by local and national governments.

Despite the Australian solar power industry struggling with low margins and government friction, they have managed to carve out a niche and champion forward discovering successful ways to negotiate the stormy seas of alternative electrical power sources. Through driving volume, solar companies have discovered that a profit can still be achieved whilst going against the grain of traditional power sources.

In Australia the administrative and logistics burdens are huge, therefore logistics management tools are critical to making a more streamlined business.  Efficient processes from customer care to installing the system is vital.  Successful companies have racking systems pre-fabbed as much as possible before going out to install the system.

As mentioned, a key component in Australia's solar industry's livelihood is the means in which to buy / manufacture in bulk, allowing for profit margins to still exist and for a profit to be made. Though this is great news for consumers and industry leaders, it is spelling difficult times for smaller and more residential based contractors and manufactures. Due to the inability of smaller companies to buy or manufacture in bulk they are finding it tough competing with larger companies, and so, as the past dictates the future, the smaller companies are folding under the strain of monopolistic business practices.

With the Australian government cutting subsidies to the Australian solar market, seriously affecting the growth of the solar industry, Australians are still ordering systems in droves. Though the Government is trying its best to bring the industry to its knees, the public are proving that change is not only wanted, but also needed.

Here in New Zealand our population is such that we cant sustain large solar businesses that can manufacture or buy in bulk to create a healthy or even at worst a monopolised market. We move forward, as the New Zealand government begrudgingly try's its best to slow us down, the industry may struggle, but the need for solar electricity is only increasing, and so we soldier on.

I suggest we look to our big brother across the ditch for motivation, despite being abandoned at the starting line they have forged an industry that is growing, against all odds. Impending change is imminent; I believe we should be at the forefront of this industry, both in manufacturing and development, for the good of our environment, our children and the future of our country.