By Kristy Hoare on 18th February 2015 in New Solar Technology 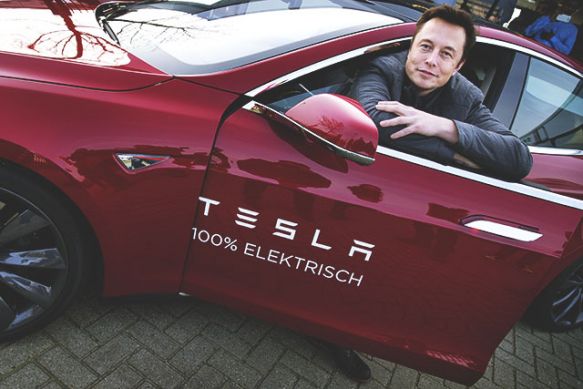 "We are going to unveil the Tesla home battery, the consumer battery that would be for use in people's houses or businesses fairly soon," company's CEO Elon Musk said during the latest earnings call, adding that the design stage of the product is over and it should be in production in 6 months time.

The new type of battery is likely to be unveiled in the next "month or two," Chief Technology Officer JB Straubel stated, adding that the idea is "really great" and "I'm really excited about it," without elaborating further on the details of the design.

Thanks to Tesla, combining super efficient batteries with residential solar panels would allow many homeowners to avoid buying energy from power companies entirely, saving enormous amounts of money on electric bills. And, although many of today's homes draw energy directly from the electricity grid, the spread of affordable solar panels means it's never been easier to generate personal energy.

Storing renewable energy efficiently has been an issue for consumers and for utilities alike, but if Tesla's stationary battery takes off, it could change the way electricity is priced and traded on a market scale, and we could finally successfully sell excess energy back to the grid!

Tesla is already laying the groundwork to ensure its stationary batteries get as widely distributed as possible. (I am hoping this means all the way to New Zealand, too.)

Tesla already offers residential energy-storage units to select customers through SolarCity Corp., a solar-power company I frequently talk about here on this blog. I am hoping Tesla's innovation will create a stir that draws a great amount of attention to not only Tesla's electricity powered cars and efficient batteries, but also to the promise of a solar powered tomorrow.