By Kristy Hoare on 18th July 2014 in International Solar 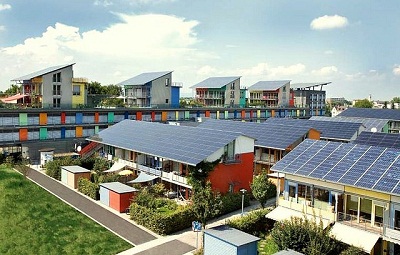 Germany has been breaking solar records like its no ones business in the last few weeks, which is surprising when you consider the lack of sun that Germany experiences. Germany has proven to the world just how beneficial solar power can be, and how it is a cheap and viable green option for powering large countries at inexpensive set up costs.

In the first week of June, just after lunch, Germanys solar output reached 24.24 Gig watts, a record output for a country producing solar power. The Fraunhofer ISE solar energy research institute records that over the week solar power systems in Germany produced 1.26 TWh of electricity, another significant record for Germany.

The week after that, when Germans were enjoying a national holiday, the power supplied by solar reached another record, 23.1 GW. That's over 50% of the nations power supplied! Though the record should reflect that because of the German holiday many were not at work, so the demand for electricity was less, but an impressive and significant record nonetheless.

Its no secret that Germany has been using state of the art photovoltaic systems. These systems are so powerful that excess electricity being produced on sun-drenched days now require a storage system to save the precious power being produced. Lithium-ion batteries have been specifically made to store the electricity derived from photovoltaic solar panel systems. These innovative batteries are proving popular with residents that are seeking to make the most of all the free excess energy. Thousands of these battery storage systems are being applied to residential areas across Germany to keep up with the solar energy that is being produced.

Many areas in New Zealand boast plentiful amounts of sun, ripe for solar power picking. However, when we consider and area like Invercargill, that has less sun hours and intensity than Germany, the question has to be asked, why aren't New Zealand politicians pushing harder for solar power initiatives? An answer that is probably best left to the reader's opinion, but it is a question that begs an answer.