By Kristy Hoare on 22nd June 2015 in New Solar Technology 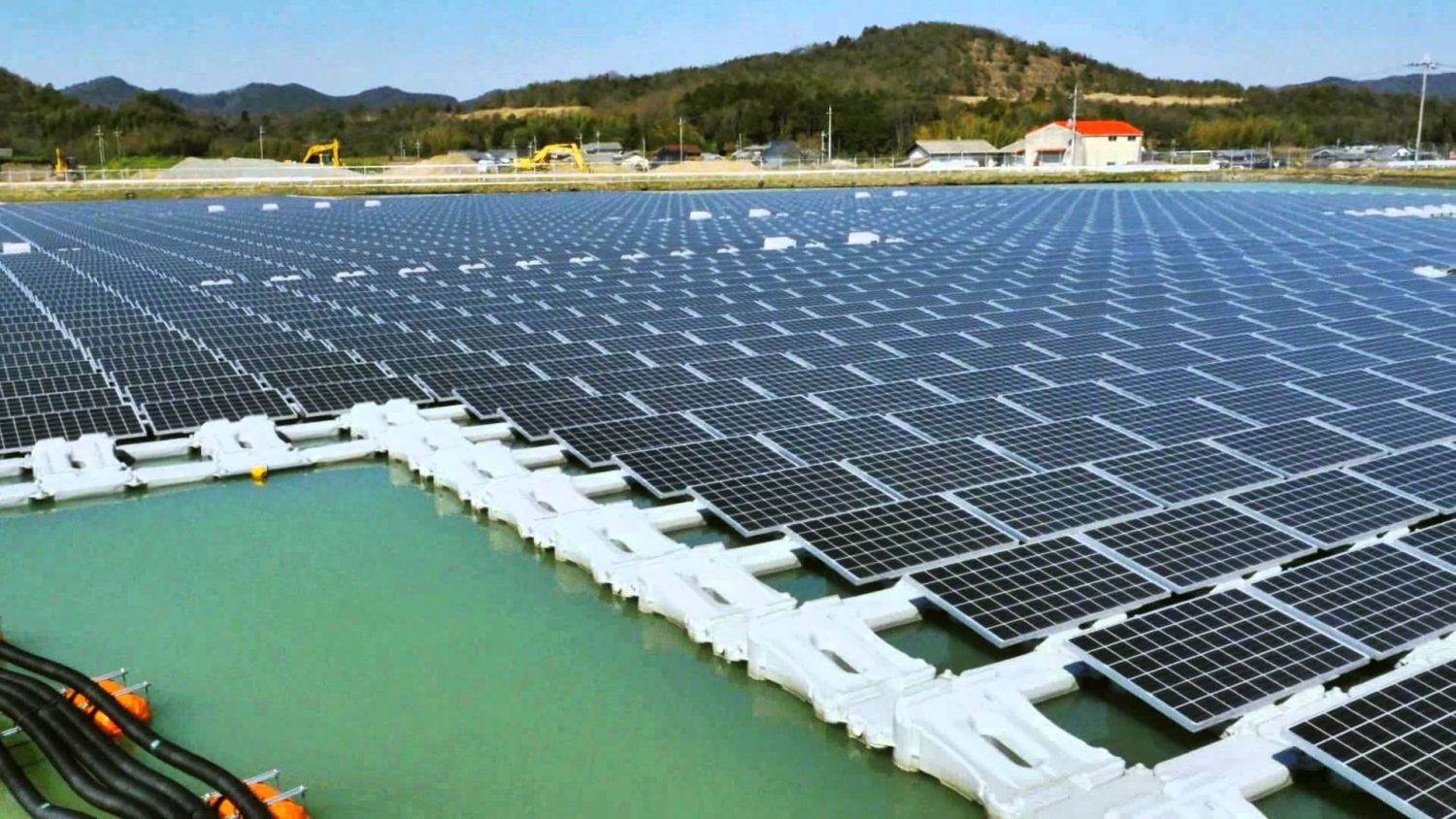 This past week Japan's latest and largest solar plant began operations, drawing international attention. But it is not just the staggering size of the solar fields that have observers so excited; It's the fact that plants this large and powerful are, in fact, entirely aquatic.

Built by the Kyocera corporation, the two solar power plants currently float in the Higashihira and Nishihira water reservoirs that are located in the Japanese city of KatÅ. There they will provide clean and renewable solar power, without devouring large swathes of Japan's famously limited land space.

Floating solar power generating systems typically generate more electricity than ground-mount and rooftop systems due to the cooling effect of the water. Plus by shading the water they also reduce evaporation and algae growth, two common concerns with reservoirs.

According to Wired, the combined output of the plants is expected to hit 3,300 megawatt hours (MWh) annually, generated by over 11,000 individual solar units. Based on estimates from the Federation of Electric Power Companies of Japan, Kyocera claims their plants will be powerful enough to supply clean, off-the-grid electricity to nearly a thousand households annually.

With plans to build dozens of such stations on reservoirs around Japan, especially in areas lacking available land for utility-scale generation, Kyocera will next launch a particularly large floating solar installation in the Chiba prefecture's Yamakura Dam reservoir next March. The station will generate an estimated 15,635 megawatt hours per year-more than five times as much as the plant that just went online.

Amazing advances are happening around us, slowly convincing those that say "solar power doesn't financial stack up". It's time to become passionate about clean energy!