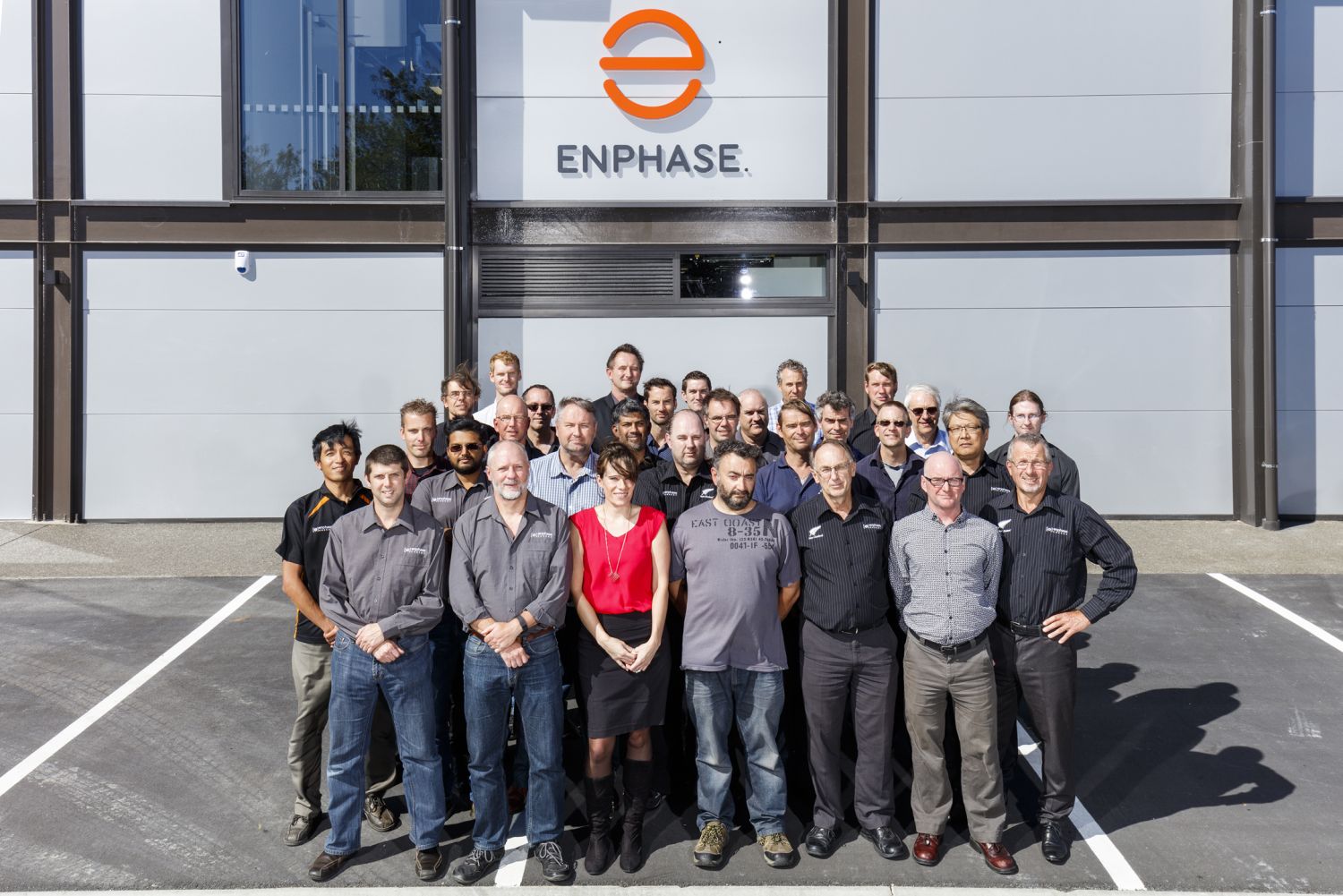 Tuesday, 22nd March, will go down in history as the day that Enphase energy officially opened a research and development facility in Christchurch, New Zealand.

The United States based solar power component manufacturer, which began trading in New Zealand in 2011, has been on the up and up with kiwis slowly but surely adopting the idea of solar power systems and their capabilities.

With the recent surge of popularity has come innovation, and the busy tech heads at Enphase energy New Zealand are currently working on global compliance testing along with verification capabilities for the companies ground breaking micro inverters. Along with working on micro inverters , the company is also expanding on the Enphase AC battery (which allows for solar home owners to retain power generated during the day for use at night).

The Enphase AC battery is a modular storage system that works in conjunction with the Enphase Home Energy Solution, taking solar powered homes to the next level with their energy saving attributes.

Enphase Energy have invested USD $4.4 million (NZD $6.5 million) into the New Zealand facility (the largest Enphase facility outside of the United States) to test new systems on the small but solar power hungry market that is New Zealand. Not only is this a major plus for New Zealanders who are excited about all things solar, it's a win for the public as the new facility also provides jobs and boosts New Zealand's profile as a country that is embracing the solar power revolution.

Despite New Zealand's current government refusing to get on board with solar, Enphase Energy, along with thousands of solar industry workers across New Zealand, are pressing forward and making good ground. Solar technologies are moving at a rapid pace and its benefits are achievable for those who wish to embrace it. We applaud Enphase Energy and their innovation; we'll keep you updated when we hear more from the geniuses behind the curtain and the Enphase New Zealand HQ.

Iam looking at doing a micro invertor grid tye system , and have done a few enphase but quite a while ago .. lam.looking at where l can purchase the enphase system.