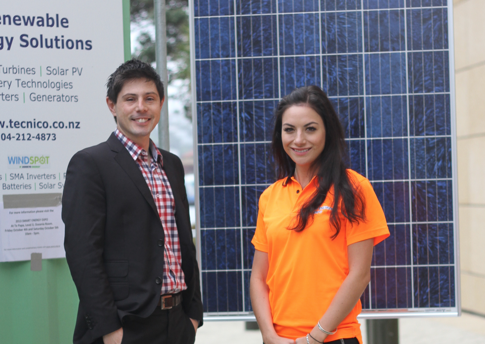 Gareth Hughes of the Green Party has just launched a proposal that will help promote the uptake of solar power and other small-scale renewable energy systems in New Zealand.  Hughes wants to introduce a regime that help New Zealanders reduce their cost of power while receiving a fair price for any power that they export to the grid.

With the price of solar panels dropping considerably over the last few years, many Kiwis are looking to save money on power bills by installing solar power systems, but the uncertainty around what price they will get from excess power that gets sent to the grid can make the investment less appealing.

In the proposal the Electricity Authority will be the ones who will establish the buy-back price for renewable energy and administers the regime.

To establish more certain for home owners buying a system, Gareth Hughes would like to see a 10 year power purchase agreement (at least) set for the buy-back price.

The benefits that the Greens foresee will occur with a higher uptake of small scale renewable energy systems include;