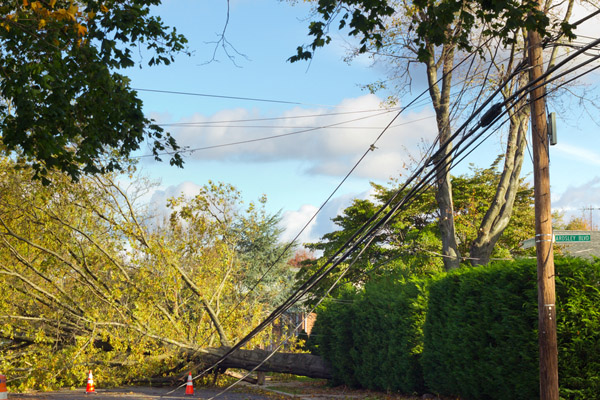 The recent autumn storm blasted winds and cold weather throughout New Zealand, ripping between both Islands, leaving many homes and families without electricity for days, many without power for weeks. A record-breaking summer swiftly blown away.

Many a council's response to the power outages brought on from the storm was dire, but it caught us all off guard and there is a limit to the blame that can be laid on councils and on the Government's table. The argument must be made for hybrid solar power systems, and the energy independence it brings to individuals and families alike.

New Zealand, both its landscape and its residents, are no strangers to extreme weather events and natural disasters. After multiple devastating earthquakes, severe storms and endless droughts, we are a well-versed population when it comes to facing adversity head-on. But when it comes to response efforts, as we have been tested time and time again, we are all too often coming up short.

Solar power and storage of the energy generated is one such method of safeguarding against grid power outages that occur during storms, earthquakes or a myriad of potential power interruptions.  Not only is solar power a safeguard, it's something to be taken advantage of daily, servicing your daily energy needs.

And you needn't have to install a completely off-grid system, typically costing $50,000. A hybrid system is the solution, starting at $8,000 for battery storage, transforms your home into a grid-connected, solar powered safe bet against worse case scenarios. It affords you the comfort of being self-sufficient but allows you the peace of mind of retaining traditional grid-connected power. Switching between the two is automatic in a blackout or power cut, which can literally save lives for those that rely on medical equipment or constant energy.

Adding a solar battery will store energy created through the day, keeping you warm, safe, and battle ready for New Zealand's unpredictable weather, and natural disasters. It's not all doom and gloom; solar power systems are quickly becoming a popular way to power your home from day to day, generating clean and free energy. For many, being safeguarded against grid power outages and nature's fury is just a side benefit of solar power.

Millions of people the world over have been harnessing solar power, and solar power storage for years. It's no secret we're one of the last countries to truly make use of natural sunlight, which makes it even more frustrating when we have some of the best sunlight conditions for generating solar. But the tide is turning, people are realising the benefits tenfold.

Those who live in areas prone to power cuts are fed up, and rightly so, it's high time we took back control of our lives from big business; energy companies are some of the mightiest lobbyists in New Zealand, their push against solar power generation and storage has been running for years. They don't want you to have free energy, they want you to rely on them and them alone.

Solar power isn't going anywhere, and sadly, neither are storms or power outages from the grid. But you now have the resources to safeguard yourself, with solar power and solar storage innovations.