Home > My Solar Quotes Blog > Get To Know SEANZ (Solar & Battery Assoc.) & The Work They Do Behind The Scenes

Get To Know SEANZ (Solar & Battery Assoc.) & The Work They Do Behind The Scenes 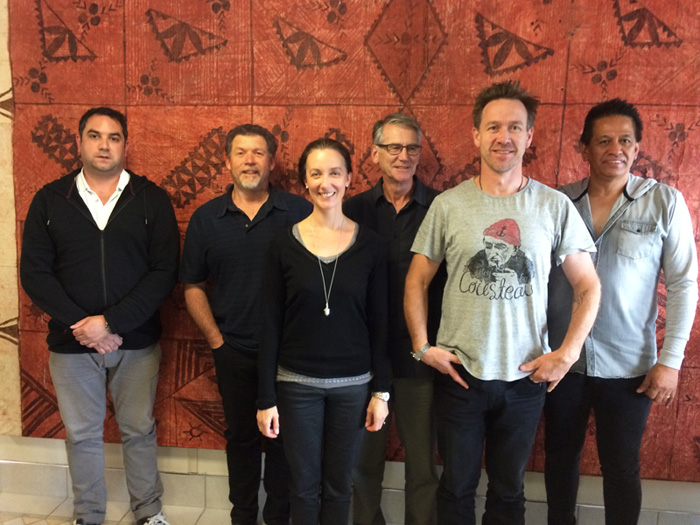 They play the vital role in ensuring government and their agencies are working in the right direction for the solar power industry as well as fending off bad press, pressurising and kicking out cowboy's looking to make a quick buck, keeping hazardous and cheap imports off New Zealand homes and businesses roofs and making sure the right technology and installation standards are in play for NZ's specific conditions.

SEANZ is powered largely by both its membership fees, thanks to those manufacturers, solar installation companies, participating retailers and lines companies, and by the industry annual conference. SEANZ biggest stakeholders are the ones that sell solar products or services; they work with these companies to build a collective approach often required in a new industry. This is to make sure the industry thrives as a whole, allowing all players to soak up the benefits of a successful solar power industry. SEANZ memberships are not mandatory for players in the solar industry; companies and businesses need to opt in.

Award Winners at the 2017 SEANZ Conference

Working/operating in the New Zealand solar industry hasn't been easy, the solar industry is relatively small and solar businesses need all the help they can get to see the industry thrive. Less than 1% of households in New Zealand have grid-connected solar, compared to Australia, where over 25% of homes have had solar power systems installed. Solar power in NZ has been relatively slow to grow for many reasons. The industry is constantly required to stand up for itself, battling large institutions that want to squash it for many reasons. SEANZ is the industry voice, they battle for members and us, and they valiantly push back against the giants - such as government agencies, some retailers, lines companies and solar installation cowboys.

Personally, I have been working in the industry for 8 years and the enormous growth potential has always been obvious since day one. Although the industry has been growing year by year, my predictions have sadly always failed me. I have been hopeful, and remain so, thanks to massive price drops in solar panel prices, improvements in solar technology (which follows the trend of Moore's Law in terms of incremental improvement), and the growth in solar power worldwide. Although I am disappointed in the slow pace of uptake in NZ, I am most thankful for SEANZ, because honestly, our solar industry in little old NZ could have been obliterated entirely without their persistence.

SEANZ has had a bunch of wins on the journey - an example was getting the Electricity Authority (EA) to stop most lines companies from only allowing the inverters that they approved of, connected to their networks. In 2016 lines companies around New Zealand were compiling lists of inverters that they would accept connecting to their lines. This would have (potentially) made existing solar power systems redundant, and would see solar installers compliant stock sitting in warehouses collecting dust. SEANZ argued that the actions and lists of lines companies were not only illegal, but they were trying to push Australian standards on NZ which were not legally applicable here and that many suppliers and installers stock of inverters that are legally complaint for NZ would become dead stock. SEANZ had to work hard with the EA to get them into action to stop this; if it wasn't stopped the lines companies could have gone a lot further and inflicted serious damage, essentially limiting the uptake of grid-connected solar power systems. SEANZ keeps a watching brief on this as some lines companies have slipped back into old habits - nothing a phone call to EA doesn't fix.

Many industry folk and consumers won't realise the depth of work that takes place at SEANZ. They deal with all manner of complaints from a host of consumers, installers and solar opposers. Sometimes it's sour grapes or buyers regret. Other times its serious complaints, and SEANZ deals with the small claims court and the commerce commision to resolve a plethora of issues. The first step SEANZ takes to resolve issues between parties is to divulge facts from both sides, and then goes about setting up meetings to sort it out. If a dispute isn't resolved, typically a technical audit or independent person is appointed to remedy the issue, set up by SEANZ.

SEANZ is made up of a list of passionate individuals; Brendan Winitana, Rebecca George, Greg Hoskins, Iain Jerrett, Dwyane Cocker, Kristin Gillies, Chris MacArthur, Michael Lawley; in my humble view they are the unsung heroes of the New Zealand solar power and related tech industry. Most of these folk are on the SEANZ board of directors and some work within SEANZ. There is a SEANZ advisory group that represents the interests of all parts of the solar power industry and they are helping to forge ahead for a brighter solar future. There are too many names of members to mention that work with SEANZ, so they deserve thanks for helping the industry grow and prosper, they know who they are!

It's not all sunshine and rainbows in our much loved yet often disputed solar industry, but I tip my hat daily to the hardworking people at SEANZ and the collective of legends that make up our small but mighty industry. Together, we'll get the respect the solar industry deserves, and I'm positive the rewards will be far and wide, for us all. Heck, If I didn't believe in the industry and its amazing benefits for all kiwis, I wouldn't be writing to you today.

Thanks Kristy, may I endorse your comments as a prosumer. I also find the NZ scene frustrating.
Technology is allowing improvements but vested interests are preferring to see the energy disruption as a threat rather than an opportunity.
Under every domestic PV install are 1 or 2 voters who may wish they had a voice when they see the difference between their export and import rates and transmission charges they hardly use.
Perhaps SEANZ would consider a special membership to harness those votes?