Home > My Solar Quotes Blog > WePower: The New Energy Kid on the Blockchain

WePower: The New Energy Kid on the Blockchain

By Kristy Hoare on 25th January 2018 in International Solar 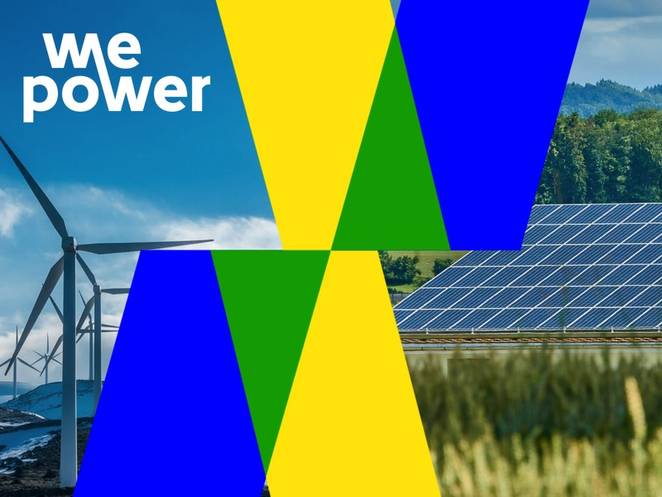 WePower is just one in a growing number of energy platforms utilising blockchain technology.  Power Ledger is one of the more well-known companies that have entered the cryptocurrency space, achieving large investments and hype with the peer-to-peer trading platform. The different approach that WePower is taking enables green energy producers to raise capital by selling tradable energy tokens. The tokens brought by consumers represent future energy units the company has committed to producing i.e. the energy producer is selling their energy up front, in exchange for capital to build the renewable energy project.

As mentioned previously in my article about Power Ledger, blockchain businesses can be hard to understand as blockchain technology is a new concept to many. Below you'll see an honest attempt to unravel the what, how and why of WePower.

What problem are they solving?

Investment in Renewable Energy projects fell in 2017, in comparison to 2016. This was due to reduced subsidies from Governments the world over, and banks unwilling to fund projects without a substantial amount of equity capital already raised. Currently, investments in renewables is mainly by people of high net worth.  Minimums to invest are large and have long lock up periods.

WePower removes the current bottlenecks in the financing industry, enabling buyers to purchase green energy directly from producers at below-market rates in exchange for capital for renewable energy projects.  So, rather than raising capital in exchange for a share of the company or for charging interest, the renewable energy company is selling investors future energy generation.  The platform opens up investment for local green energy plants from around the world.

WePower maintains that their simplification of the investment process will significantly reduce financing costs, with savings being passed onto renewable energy producers and consumers/investors.

To pilot their system, WePower partnered with Estonia.  They have an agreement to tokenize data from the Estonian independent electricity and gas system operator Elering.

The alpha test will start in February, where WePower will integrate its blockchain with Elering's data exchange platform. This will demonstrate national scale tokenization of energy consumption and production data on WePower.

WPR - The benefit of holding the token allows priority access to participate in auctions for purchasing energy.  WPR token holders are also rewarded no less than 0.9% of tokenized energy donated by the renewable energy plants. WPR holders may use or sell this energy. The WPR token will be available on exchanges after the ICO.

Energy Token - this token represents the power bought and sold on WePower's platform, and is equivalent to one kWh.

As previously mentioned, the first trial is in Estonia, but for 2018 other areas of focus for WePower are Spain and Australia.  Two places well known for having mature solar power markets.

WePower are tackling a really big problem and have a great chance at success. The rate of investment going into clean energy is not fast enough, climate scientists are telling us this.  The world of Cryptocurrency has opened up the gates to anyone and everyone to invest in the future.