Home > My Solar Quotes Blog > Invest In Solar Power? Or Does Money Earn More In The Bank?

Invest In Solar Power? Or Does Money Earn More In The Bank? 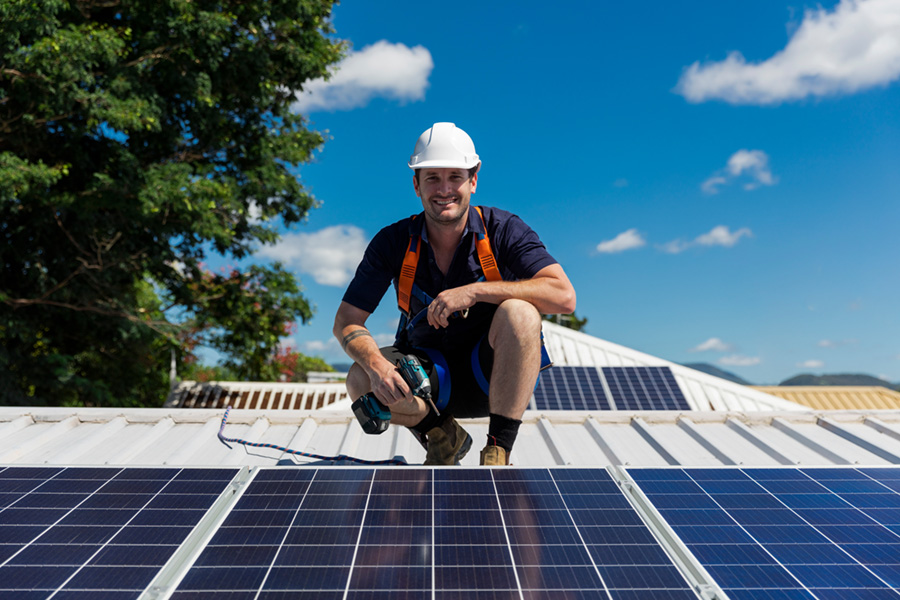 Considering purchasing a solar power system? Generally, most solar power system owners are looking for a specific benefit from their system, such as positive environmental contributions, building resilience against the ever-increasing cost of electricity, or becoming energy independent. Another motivational factor for New Zealanders installing solar are the solid facts and figures that prove investment in solar power is far more beneficial than simply putting money in the bank.

Here at My Solar Quotes, we are confident that solar power investment will serve your money better than having it sit in the bank. Those who plan to install a solar power system in 2019 (in New Zealand) should aim for a return on investment of 10% per annum.

Recent low-interest rates from banks have forced many kiwis to look at new investment options. You would be hard-pressed to find a bank offering much more than an interest rate of 2% as of September 2019.

Financial advisors have recently stated that more risk will be required to get any return from money in the bank, be it stock market investments or property etc. Alternatively, investing in a solar power system has all kinds of built-in guarantees. 25-year performance warranties on the panels, 5-years (at least) workmanship warranty on the systems install, and anywhere from a 5-year to a 25-year warranty on the inverter (one core component).

At My Solar Quotes we can confidently state that investing in solar power is better than putting money in the bank. We now have the numbers that show real-time evidence derived from solar power customers from all over New Zealand who are experiencing positive returns. The study was conducted by SEANZ and My Solar Quotes; we gathered evidence from 21 case studies from around New Zealand.

The results ranged from a positive 5.5% ROI up to 15.5% ROI.  See more here. The average ROI from the case studies came out at 9%, but anyone installing solar power today should expect a better return because the cost to have a solar power system installed keeps falling each year (previous case studies had systems installed over 3 years ago).

Investing In A Solar Power System Can Help Retirees?

In New Zealand, one of the most common scenarios for purchasing a solar power system sees retiree’s looking to save money on their power bills or saving for their retirement.

For many retirees having enough money for the remainder of their retirement is of the utmost importance, which makes the option of investing in solar power appealing, more so than putting money in the bank.

Homes with solar power systems avoid hundreds, if not thousands, of dollars each year in electricity costs. Saving money by not having to pay large electricity bills each month, yet still enjoying as much power as one normally would (or more) with little cost, makes solar power systems especially appealing to retirees or those who will retire within a decade or so.

Electricity costs never go away, and in fact, they continue to rise every year at a rate of 2% to 4%. A solar power system allows a household to lock in their electricity prices -  basically buying 25 years of electricity upfront with a solar PV system.

With a grid-connected solar power system, buying power from the grid is required, but there are ways to use only small amounts, you can find out more with the following link on our solar power self-consumption page.

Using solar batteries can help achieve 100% solar power generation in the home. Solar batteries are still very expensive and aren’t the best way to maximise the return on investment that is possible from a solar power system. Having said that, battery prices are coming down each year - so expect them to be a good investment option in the future.

There are three main factors that will determine the return on investment of a solar power system:

Other factors that contribute to determining ROI:

To find out if solar power is a worthwhile investment for your household, click here to get 3 free quotes from 3 different professional solar installation companies in your unique location. When receiving quotes, feel free to ask the solar installers what the estimate of the return on investment will be, how much annual savings can be achieved, and what the estimated payback period will be.