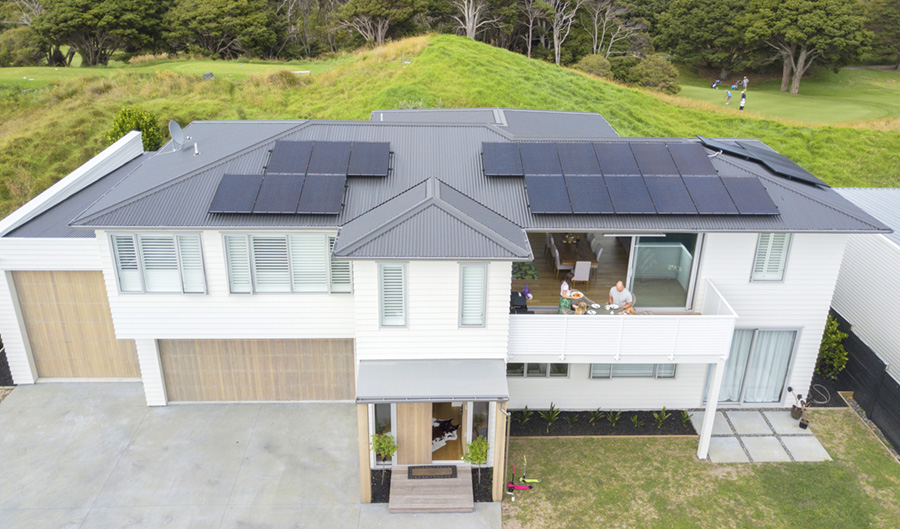 My Solar Quotes has obtained data from the New Zealand Electricity Authority (EA), who every month calculate the number of solar power systems connected to the grid.  Dating back to August 2013, they have kept a monthly record ever since.

What’s the precise number of off-grid systems in New Zealand? Unfortunately, the exact number is unknown. However what we do know is that it is considerably less than grid connected systems – which of course is partly due to cost (coming in at twice the price of a grid connected system, or more).

Roughly 4,000 solar power systems are installed every year in New Zealand.  Seen below are the solar power installation numbers from the past five years:

Only 1.18% of homes and businesses in New Zealand have solar installed, there are literally millions of roofs that don’t have solar power at the moment – but change is imminent.

Where’s The Growth In The Solar Power Industry?

The growth of New Zealand’s solar power market is in larger sized systems, and commercial systems. The market has been increasing in size year on year, as seen in the graph below.

Commercial solar power systems are becoming an attractive source of energy for schools, businesses, councils and Government.  Why? One of the common reasons we come across is that the commercial sector are able to use a large percentage of their self-generated solar power during the day, therefore off-setting expensive day time-electricity prices.  Unlike residential, they are not as reliant on electricity retailers to buy their excess solar power which is very low, at 9 cents on average.

The price of solar panels and solar components continues to fall in New Zealand.  Below is a graph of the declining cost average of a 3kW solar power system in New Zealand. 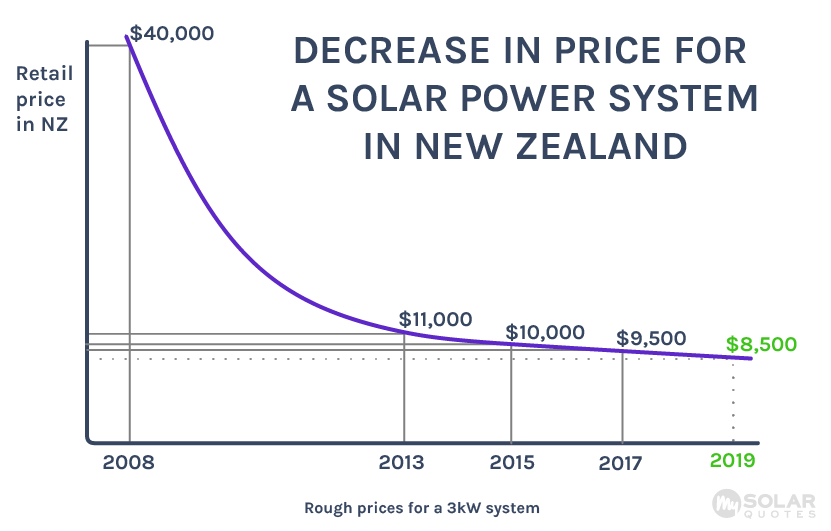 In the past, solar panels were the largest portion of cost for a solar power system.  This is no longer the case, thanks in part to solar panels and component prices dropping significantly in the last decade, so now labour is on its way to becoming the largest portion of the systems entire cost.  Solar power systems prices are forecasted to stay on this downward trend, though prices may not fall as rapidly as previous years.

How Does The New Zealand Solar Power Market Compare to Australia?

Australia’s market for solar power is mammoth compared to New Zealand’s (due to incentives and subsidies that the Australian Government offers). In Australia,  a homeowner installing a 6kW solar power system in will receive a subsidy of around $3,000.

System prices can vary from state to state, but the approximate price for a 6kW system in Melbourne is $5,500.  Comparing that price to a 6kW system in New Zealand, which is closer to $15,000. Buying capabilities is the other big reason why solar power is so much cheaper in Australia.

Will There Be More Growth In The New Zealand Solar To Come?

According to Transpower (New Zealand’s electricity grid operator) NZ needs to double our electricity generation by 2050 if we want to decarbonise the economy.

In a recent report called Te Mauri Hiko, published by Transpower, they acknowledge “Solar energy is certain to play an increasing role in our energy future and in our efforts to avoid a climate crisis.”

Solar power isn’t going away, it’s only growing and getting cheaper. The New Zealand government might be slow in recognising the true value of the industry, but solar installation numbers are convincing, solar works and kiwis want clean energy. Solar power works for people, homes, businesses and communities. The times are a changing, guilt free power generation is upon us. Embrace the change and enquire about solar today.