By Kristy Hoare on 15th October 2012 in Solar Power Trends 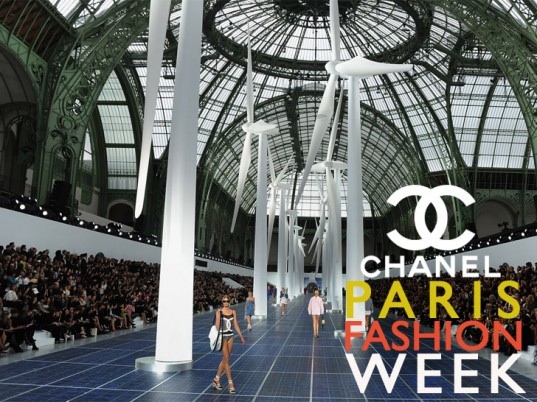 Chanel makes it official. Solar Power is in Fashion! Karl Lagerfeld not only themed the Spring 2013 Paris Fashion show around renewable energy, he also incorporated it in this clothing design.

The solar panel runway lined wind turbines made a really big statement and will not doubt make a difference to the perception of the renewable energy industry.  Karl Lagerfeld has made renewable energy glamorous just in time, as there is still some resistance from a lot of people commenting on wind turbine and solar panels calling them eye sores.  If there are people saying this about renewable energy I wonder what they are saying about the site of a coal power plant?

Lagerfeld commented "energy is the most important thing in life," making it clear his values were behind the reasoning for incorporating solar and wind power into his latest fashion show.