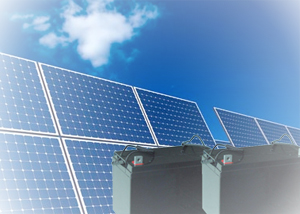 Energy storage is the key to becoming a sustainable and a 100% renewable green energy community.  Currently the worlds leading renewable resources are the wind (turbines) and the sun (solar), and both have the obvious problem of only being available to produce energy for half the day. So this leads to a heavy reliance on battery storage, something the world of sustainability is trying to rid, not encourage. As it stands in 2012 we have two roads to go down in terms of distribution of solar and wind produced energy, cheap low-density storage or more expensive higher density storage.  If we are to look at current global trends all signs point to the cheaper option of lower density storage, examples such as smart phones, kindles, I pads etc. prove that the current economic climate in western countries is relying on low cost labour and materials.

As global markets head into down ward spiral, western countries are trying to develop alternatives to petroleum and oil based fuels to ease the current economic climate. This is leading to highly developed electrified transportation, and huge leaps forward with commercial battery energy storage. With North Americans driving hundreds of millions of cars it seems painstakingly clear that the need for self producing energy fuels at home and the workplace are to become the norm within the next decade. New Zealand needs to become a serious contender of clean energy powered battery driven transportation if it is to stay relevant in the world of 21st century technologies.

So which country is currently leading the race to clean energy storage? One only needs to type in "Solar Power country" in Google to view the result. Germany. Germany is fourth right in ownership of this green new image, and rightfully so.

The United States is far from attaining anything near a clean, green image, in fact, quite the opposite. The US military is the largest polluter in the world, but they too are hoping that lessons being learned on the battlefields, with experimental renewable energy sources and military initiated battery storage systems, will at some stage cross over into civilian life. Perhaps too little, too late, but with the current situation of countries quickly seeking alternative power sources, such as wind and solar, the need for the US to implement these new technologies into society could be seen sooner, rather than later this decade.