By Kristy Hoare on 30th November 2013 in Solar Power Trends 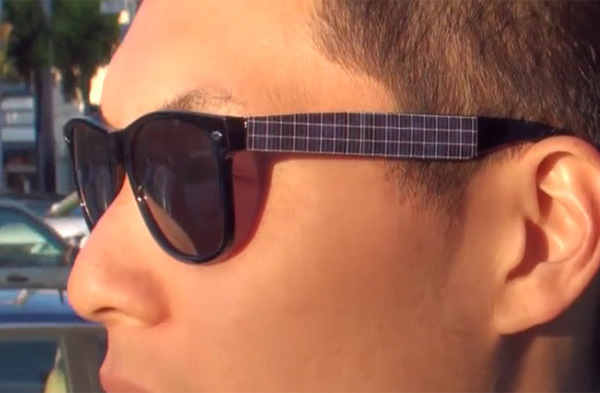 Everybody looks cool in the iconic '80s Wayfarer sunglasses by Ray Ban. But you could look even cooler if you happened to take out one of its legs once indoors, to charge your iPhone just as it started running low on juice.

Students from the Miami Ad School in San Francisco have dreamt up this brilliant yet simple concept. They've attached solar panels (photovoltaic cells) wired to a battery hidden in the plastic arms of a pair of sunglasses that allows the sun's energy to be captured when worn during the day. The battery is connected to a lightning charger at the end of the arm that can be used to charge an electronic device, such as an iPhone or an iPad.

At the moment the sunglasses are just a concept, one that is not only eco-friendly but also a fashion statement in terms of wearable technology, which is all the rage these days. If Ray-Ban wants to give people an opportunity to get more out of their sunglasses indoors and after-dark, they might just pick up on this idea.

Ray Bans have made you look badass in the sun since their inception, but now it is possible that they make you look badass even in the absence of the sun - when you disarm your pair to charge your phone just to Instagram a photo of yourself wearing them!