By Kristy Hoare on 21st July 2016 in Solar Technology 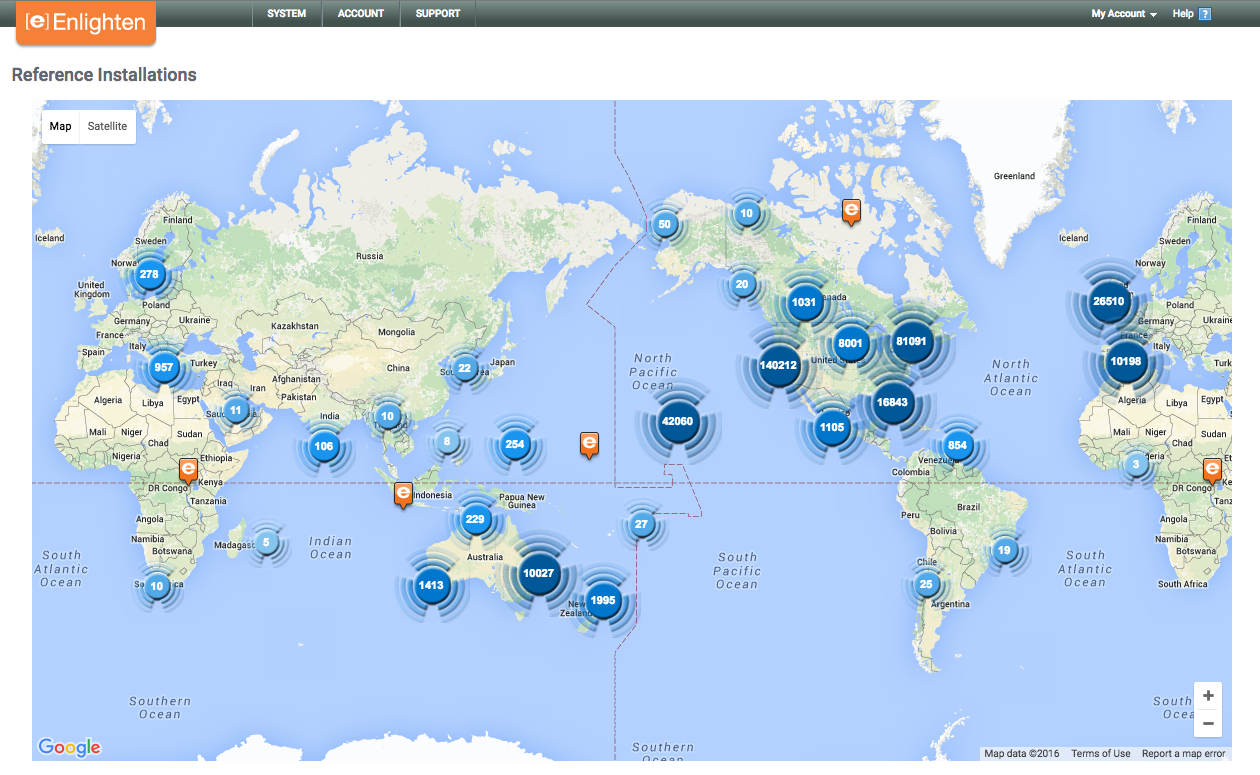 Within New Zealand, the amount of solar power you could potentially generate varies from region to region, depending on your latitude, and the amount of typical cloud cover.

Any member of the public can view the systems that have been made available.  All you need to do is create a login in for Enphase Energy Enlighten, and from there you are taken to a page that shows a map of the world,  and all the vast locations of solar power systems that make use of Enphase's micro-inverters. You can zoom into see solar power systems within New Zealand, and you can zoom in even further to see where the systems are in your region or city. 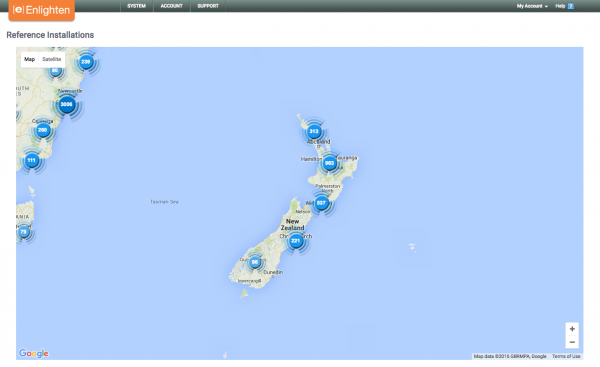 I gave it a whirl myself, and zoomed into my hometown of Mount Maunganui. I could see that there are two systems registered here, one 4.74kW system and one 5.67kW system. Once you locate the area in which you wish to search, simply click the on the systems to see how they are performing.

Once I had navigated through to the 4.7kW system, I discovered that a local company called Sustainability Options had made this solar power install public.

On this page, you can see how much solar power the system generated each day.  Scrolling back to the 12th of July, I could view the solar that had been generated throughout the day, it demonstrated a perfect bell curve. It also indicated that there had been a bit of cloud cover around 2pm. The system generated 5.34kWh of power on this day. 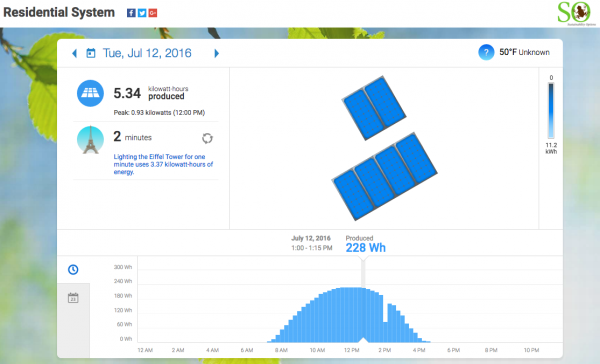 Using the same system, I turned back time even further, to the long, hot summer days of January.  On the 6th of January, 2016, the system produced 11.1kWh of electricity.

A calendar view allows the user to determine the solar generated by the system over the previous six months.  The light blue days display high performing days, while the dark blue show lower performance days. Details shown for this particular Mount Maunganui system display the amount of solar panels used, the tilt of the panels, the azimuth, and the brand of solar panels, as well as a photo of the system itself. 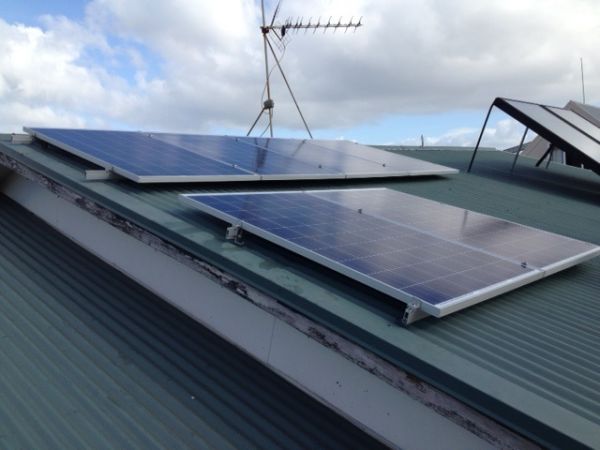 When requesting 3 quotes for a solar power system on your home, the solar installers will have tools that can easily tell you how much solar power you can generate on your roof. But still, its nice (and pretty neat!) to see solar power in action in your local vicinity.