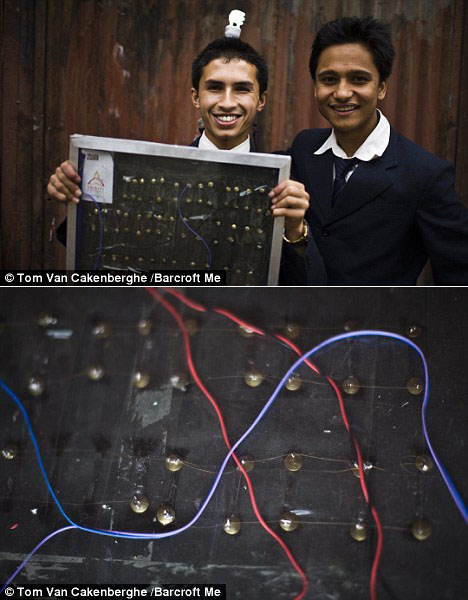 Milan Karki, who is 18 years of age and lives in rural Nepal, took the well-known fact that human hair can create static electricity and turned it into a 18 watt solar panel.

Being from a rural village in Nepal, Karki had no access to power which lead him to spend years experimenting trying to develop hydropower, but had to give up as there was no funds to continue the project.

Karki attends school in the capital Kathmandu where he had access to a Stephen Hawking's book that sparked his idea.  In the book he read about how human hair can generate static electricity.   From just one idea, he now believes this idea could power major cities and town the world over.  It was a joint effort between him and four of his classmates making the first solar panel out of hair.  The first prototype which is an 18W (9V) panel cost them NZ$36 to make.

The classmates think the idea will work on the large scale as hair is a lot cheaper than silicon, which is the pricer component of a solar panel.  Silicon and hair work in a similar way, as the pigment in hair that give hair its colour is light sensitive and acts as a type of conductor.

Karki has estimated that if these solar panels are to be mass produced the price would be half the amount that it originally cost him to make the panel, which would make these panels a quarter of the cost of a conventional solar panel.

He believes it's an easy solution for the power crisis going on around the world.  I am sure the solar power industry would welcome such a great innovation to the sector, and I hope that we will be seeing the first commercial human hair solar panels soon.