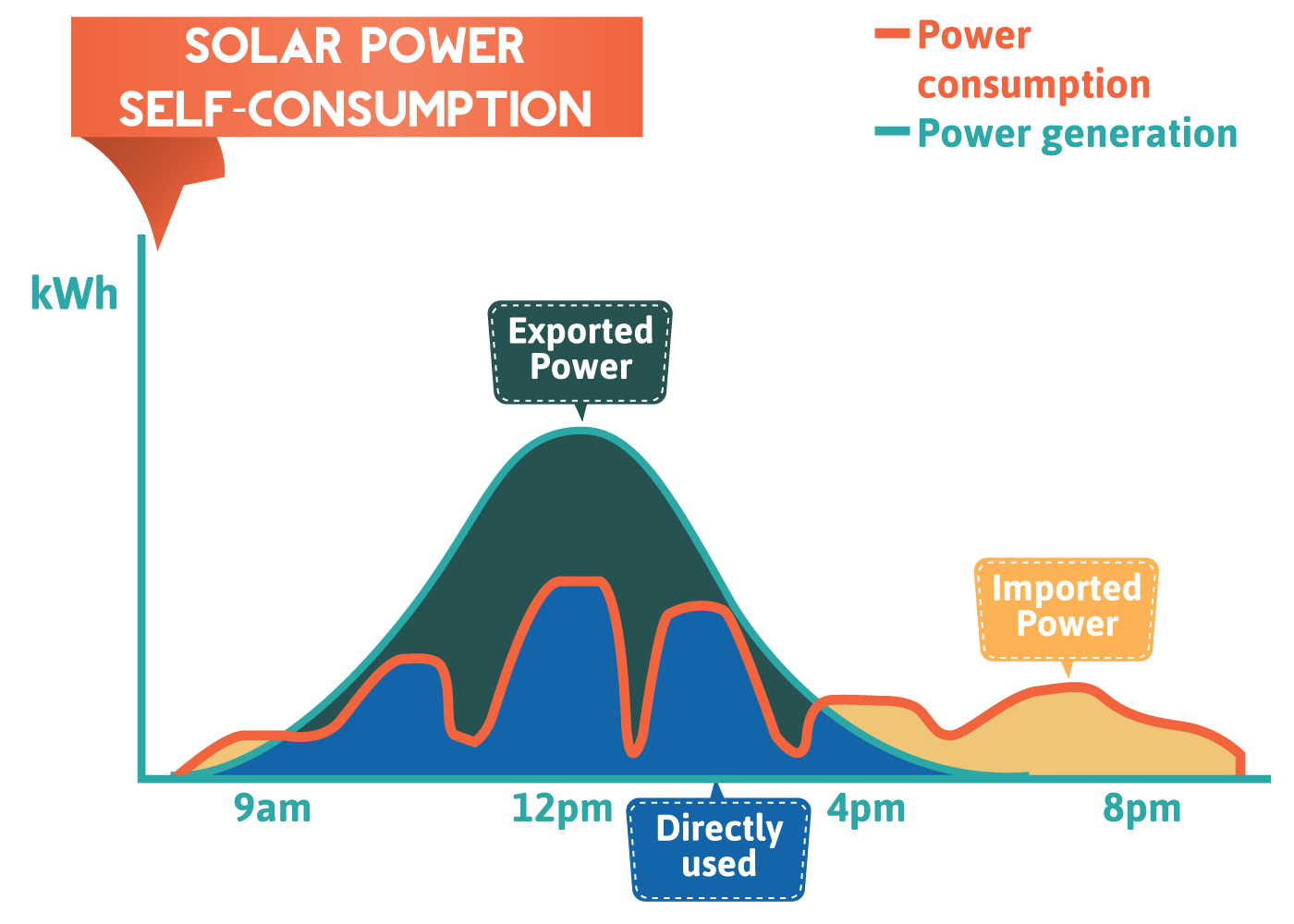 What is solar power self-consumption?

Solar power self-consumption is when your solar power system is creating electricity and you are using that power directly for your appliances.

Should you aim to export power or self-consumption?

If your rate for electricity consumed from the grid (i.e. the rate on your electricity bill) is higher than the rate you get for exporting electricity, then you are better off consuming your solar power directly when it is produced.

With the current deals New Zealand electricity retailers have, every solar power system owner is better aiming for solar power self-consumption.  So that means using as much of the solar power you can when it is generated.

Lets not get carried away though, I'm not saying you should turn all on your lights, your television, dryer, dishwasher in the middle of the day, when the sun is at it's highest. The purpose is to get the balance right and about timing appliances to turn on when there is solar power created, rather than having appliances on when you are importing from the grid - if you can avoid it!

For example you might have your dishwasher timed to turn on at 10am, your washing machine could go on at 12pm, then between 1pm and 3pm your hot water cylinder could be automatically switched on and then at 4pm your heat pump could start up, heating your home before your back home at 5pm, so your home will be nice and toasty on your arrival. It's as easy as that.

Typically the majority of solar power is produced around mid-day. If you look at a graph of solar power being produced over time, the graph normally shapes out to look like a bell curve (see graph below). Yet, for a lot of households, the graph showing the power we consume (shown below as the red line in the graph) often has a peak at the start of the day, making breakfast, having showers etc, then peaks again at night when dinner is made, heating goes on and lights are turned on. For those who are at work during the day, many other appliances are turning on first thing in the morning or at night, like the washing machine and dishwasher. Therefore if you want to be consuming more of your own solar power then some changes will need to be made. 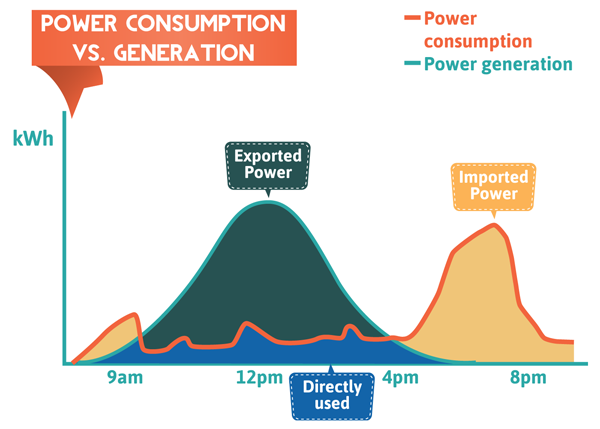 What solar power self-consumption is all about is aiming is to get the most out of your solar power system, and to give your family or household a better balance of directly using solar power and importing power. In the graph below is what a lot of solar power owners want to achieve. It doesn't matter if your not home during the day, there are always ways of shifting your power consumption to the time solar power is generated. 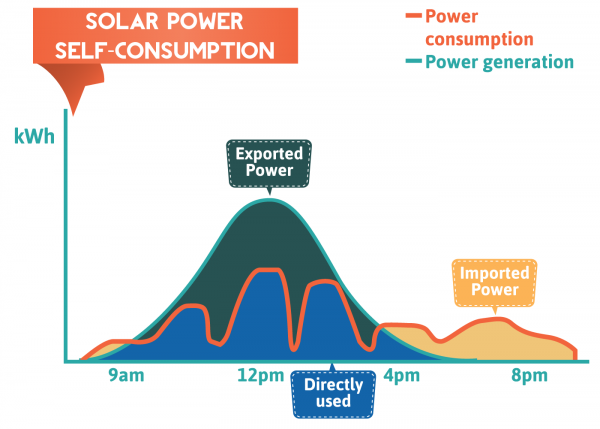 Companies including Efergy and OWL have monitors that allow you to see how much power you consume over the day and the exact time the power has been used. Monitoring your power consumption patterns over the course of a few weeks to a month will allow you to see when you typically use power. This can help you to adjust when you use appliances / if you need to adjust your consumption at all.

Both Efergy and OWL also have packages that include solar pv monitoring. So on the same graph you see how much power your system generated in a day versus how much power you use, much like the solar power self-consumption graph above.

These products will help you plan your solar self-consumption, but don't do all of the work, but will make connecting the dots of your consumption much easier.

SMA is one of the world's largest solar inverter manufacturers and is the current leader in solar inverter technology. One of their latest and greatest innovations is the Sunny Home Manager, a device that generates solar power production forecasts for the coming day and then makes recommendations for when appliances should be turned on, helping to increase self-consumption.

In addition, SMA has Radio-Controlled Sockets that will activate your household devices based on intelligence from the Sunny Home Manager. Some Miele appliances that have the [email protected] system solution. These can be controlled by SMA's Sunny Home Manager without a radio-controlled socket.

Meteo Control, a German based innovations company has launched a monitor called the Web'Log Comfort. The device monitors solar power produced as well as your household consumption. Combined with energy forecasts and store information about your appliances, the monitor can determine the optimum time to turn on your appliance.

The answer will vary when you measure your solar power system size against your annual electricity consumption. If your home uses as much or more power than the average household in New Zealand and if you have a small system e.g. 2kW, self-consumption won't be as important. But, if your household consumes the national average amount of electricity and you have a 5kW system, then making a small investment in an energy monitor or a management system could make a really big difference.