By Kristy Hoare on 14th November 2013 in International Solar 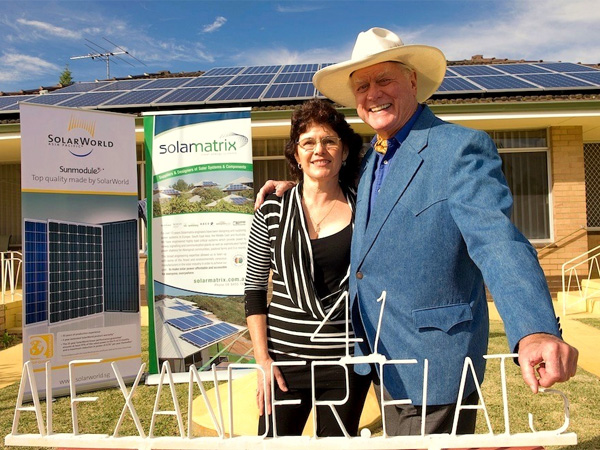 Larry Hagman who passed away on the 23rd of November 2012, will not only be remembered as the Dallas soap opera star, but also as one of the solar power industries biggest advocates.

Hagman was known to have used his oil baron role in promoting solar power. He even came up with his saying "Shine, baby, shine" to highlight his solar power advocacy. As J. R. Ewing on Dallas, Larry was known for his popular saying "Drill, baby, drill".

From his work advocating solar power he will be remembered for owning one of the largest private solar energy plants in America (94kW), appearing on several advertisements for SolarWorld, a board member of the Solar Electric Light Fund and a philanthropist for solar projects including solar panels for hospitals in Haiti.

In many of his endorsements, he stressed upon the fact that American-made solar power components have economic benefits. Oftentimes, Larry highlighted the environmental advantages in supporting solar power.

Larry Hagman will be remembered for his dedication in promoting solar power.