By Kristy Hoare on 19th June 2014 in International Solar 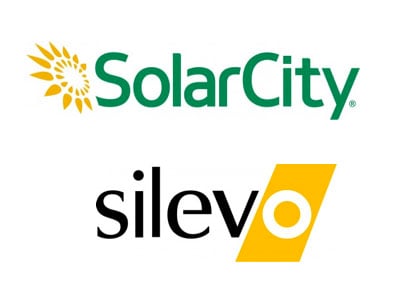 American-based firm SolarCity is the key solar power technology company to watch right now. Currently, the firm holds a major portion of the American residential solar photovoltaic (PV) market with a 32% market share, which is expected to keep growing like a fertilised weed. In 2013 alone they installed almost four times as many solar PV systems as Vivint, Inc., SolarCity's closest competitor. Are you impressed? I was impressed.

SolarCity now commands a large share of America's PV residential market due to its diverse corporate partnerships. By collaborating with Honda and Home Depot, the company tapped into new customer databases, spreading the word about solar power. The partnership with electronic motor company, Tesla, created never-before-seen home battery storage solutions, and by partnering with banks like Merrill Lynch, Bank of America, and Citi Bank, SolarCity created funds to offer lease affordable arrangements for its customers. The highly publicised partnership with Google in 2011 garnered SolarCity a $280 million dollar fund to finance residential solar installations. People tend to notice when Google, arguably the world's most influential technology company, starts investing in a company, especially when that investment is $280 million dollars.

Acquiring Silevo was a step towards expansion as SolarCity has avoided solar panel production in the past and has been cautious about the manufacturing process of solar panels.  Regarding this hesitation, Elon Musk, the chairman of Solar City, explained in a press conference held June 17th, 2014, "If we don't do this, we thought there was risk of not being able to have the solar panels we need to expand the business long term."

Thanks to Silevo's manufacturing technology, SolarCity expects to install ten's of gigawatts a year, by increasing production of dense, high efficiency panels. Musk explains this strategy, "to have solar power compete on an unsubsidised basis with the grid, with fossil fuel energy coming from the grid, it is critical that you have high efficiency panels at a total install cost which is low as possible." Good old Elon, I'm glad he's looking toward the sun and not toward the grid for energy needs of tomorrow. I'd like to shake his hand.

The panels Silevo has on the market today boast an efficiency of 18.5%, which is higher than the average solar panel you see here in New Zealand. The uniqueness of Sileco's cells come from the hybrid solar cell technology that combines the best attributes of crystalline silicon, thin film and semiconductor technology. This is the technology that will further the solar power industry, help wean energy consumers off fossil fuels, and start the mainstream move toward a cleaner planet Earth.  I am truly excited about the impact this company will leave for the generations of tomorrow.

According to the U.S. Securities and Exchange Commission, the acquisition of Silevo will cost SolarCity $200 million in stock and an additional $150 million if Silevo reaches certain selling goals. Following this new diversification, officials speculate SolarCity will be open to future acquisitions of manufacturing companies if they can reach their goal of reducing the price of solar power for customers, which says a great deal about the priorities of the company.

Looking towards the future, SolarCity plans to build a new solar power production facility, bigger than any plants that exist in the world today and capable of producing up to one gigawatt of solar panels each year.  Personally, I hope they give tours. The firm also plans on investing in research and development for solar panel technology, mounting hardware, and better packing technology. SolarCity's primary goals are to improve existing technology while reducing costs for their customers.  They aim to provide solar power at a price lower than fossil fuel energy bought from the grid: a feat investors (and myself) are getting excited about. A future with solar power as our main residential and global power source looks bright. What do you think?