Home > My Solar Quotes Blog > Is Solar Power Worth it in NZ?

Is Solar Power Worth it in NZ? 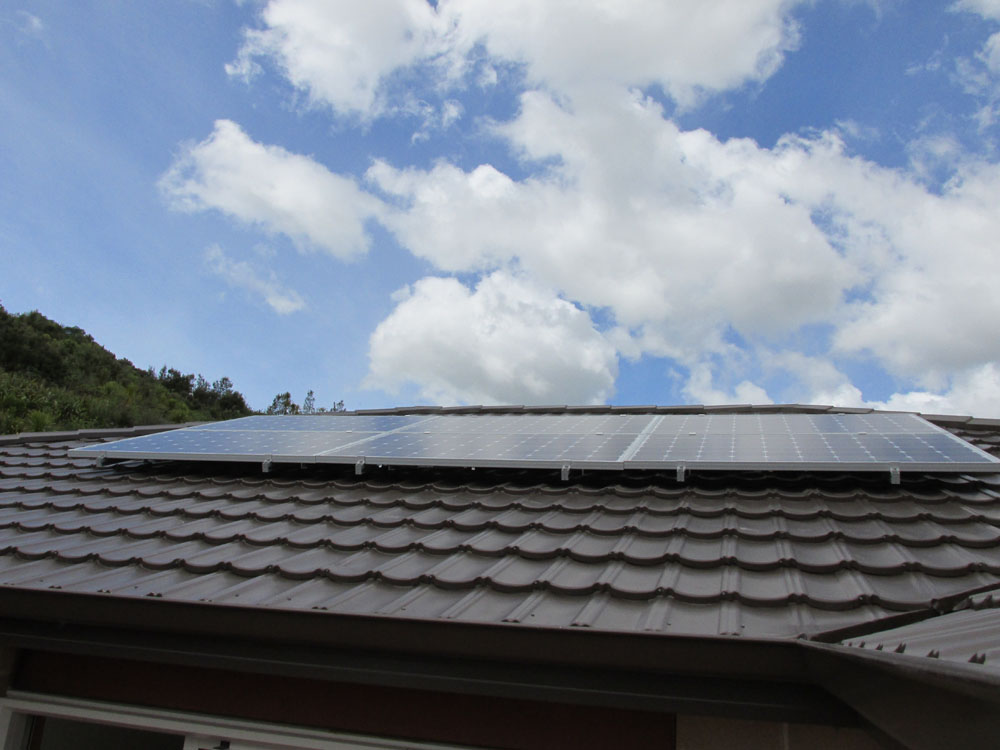 We don't have any Government incentives such as rebates or feed-in tariffs here in New Zealand, we don't even have great buy-back rates from the electricity companies when selling solar power back to the grid, but yes it's worthwhile, if you have a smart approach you will get great results - the sun is still shining!

The power generated from a solar power system essentially replaces the need to buy electricity from the grid.  Power prices are going up and up and are showing no signs of flattening out or dropping off.

But if we assume that price of electricity stays at 30 cents per kWh for the next century, with a 2kW solar power system in Auckland that costs around $7K installed, if the system is expected to produce 2830 kWh annually you would save $849 every year (if the household was to consume all of this power directly).  This system would give you a 12% return on investment and would take 11 years to reach the payback, given that the price for power stays the same - - which it won't so you can expect to reach a payback period a lot faster. Solar power is worth it!

The above scenario is the ideal, but because NZ households tend to use more people at the start of the day, making breakfast, using the hair dryer etc and at night when you make dinner and turn on the heater, therefore not taking advance of the solar power directly.  A solar power system will be producing most power around the middle of the day when the sun's at it's highest, therefore most people are going to be exporting at least some solar power to the grid.

Here's another example scenario carrying on from the above solar power system details, if you were to export half of your solar power and use half of your power solar power you would still achieve a ROI of 8% annually.  Not bad compared to what the banks offer, worth it: tick!  And of course still assuming that power prices will stay the same - yeah right!

The goal is solar power self-consumption, i.e. using your solar power when it's produced or storing it for later. Luckily there are now more products on the market that can help you achieve this, including some exciting new ones.

Appliance controllers are hot new thing in the solar power industry.  I'm talking about automated gadgets that will turn on your appliances when the suns out and you don't even have to be home.  The big appliance that you would want to control is your hot water cylinder.  This can be programmed to turn on while the solar power is being produced and directly feed to the hot water cylinder instead of being exported to the grid.  It works great because hot water can be stored for a long time before losing heat.

Other appliances you may want to get onto a controlled system are pool pumps, heat pumps, dishwashers and washing machines.

There is also a lot of hype in the solar power industry at the moment about battery storage becoming more affordable.  If you store your solar power then you can use it at any time of the day.  Even if you have installed a grid connect system with no batteries you can always add them on when you have the cash.

Solar power is completely worthwhile in New Zealand and 2015 will be an interesting year to watch for new solar technologies.

Thanks for picking up on this. I did have the annual energy production amount wrong. I initially had written that it would produce 2171kWh, but it's actually 2830kWh - I have editing this in the blog article. No my numbers will make sense.

Nice to see someone doing some numbers, but by my calculation $631 is a 9% return not 12%, and it would be 5.5% under the half exported model. Assuming a 20 yr life on the installation then you are't actually getting anything for your money invested (cf bank deposit which will return something). If you then allow for the fact that you can actually still buy power at 0.17c per kWh then you'd be going well and truly backwards with solar.

Could be worthwhile for some specific cases but otherwise it is still marginal at best. Bring on affordable storage solutions, then we'll be talking.