By Kristy Hoare on 5th May 2017 in Solar Technology 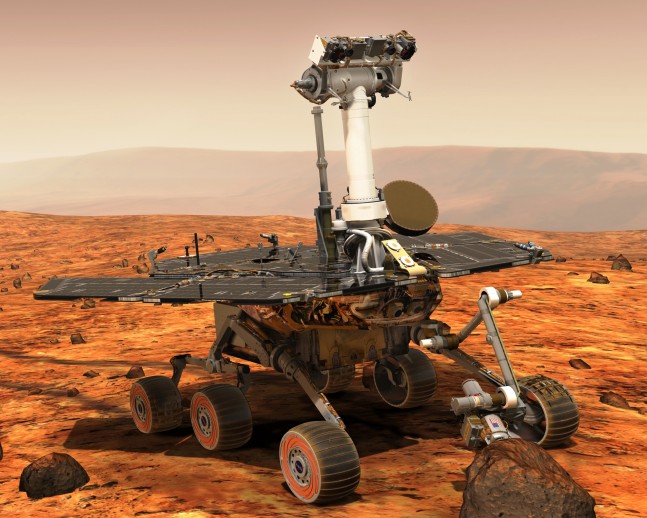 Mars rover Opportunity, the little engine that could, has surpassed its original mission (which was 3 Earth months!) and is continuing its rovering to this day, a mere 12 years and 9 months past its used by date.

Opportunity's identical twin, Spirit, touched down on the other side of Mars two weeks prior, but six years into its mission Spirit stopped all communications with Earth.

What Mountains had to be fracked, ground drilled, or oceans pillaged to fuel the Rover to keep on' trucking to present day? Well, none of those things. Solar power, in all its renewable glory, is what's keeping those wheels a spinning.

And, as one would assume, robotic life on Mars is no cake walk. The Rover requires energy at every moment of the day, so its lithium ion batteries are imperative to the Rovers survival. Energy stored in these lithium ion batteries breathe life into the rover late at night. The panels need to be of the highest quality to withstand the Martian sand storms and extreme heat/cold and uneven soil in which it rides.

Scientists originally concluded that the harsh winds found on Mars would coat Opportunity and Spirits solar panels with a thick layer of sand and dust. Somewhat ironically, it was the winds of Mars that helped keep the rovers alive by blowing the sand and dust of the panels, thereby keeping them powered. Speaking of solar panels €¦ 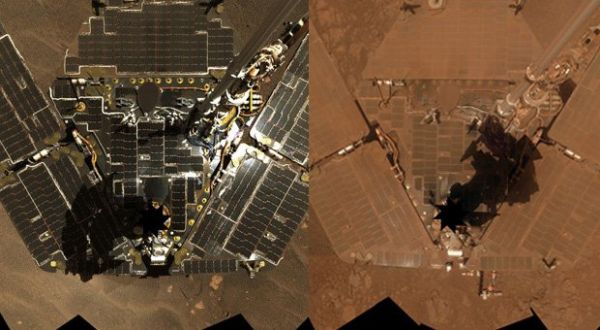 Germanium makes use of a hard-grey metal known as a metalloid (Martian appropriate language) that in all seriousness has properties that are somewhere between a metal and a non-metal. Though its properties are similar to the silicon solar cells, germanium solar cells have more of what are known as multi-junction photovoltaic cells. This basically means that there are more points on the cells where light can be absorbed and thus converted into useable power.

Despite the significant and surprising life span the rover has endured on Mars, success at Nasa is measured not by days spent rolling on big red, but by the amount of scientific exploration that has been accomplished in its relatively short time spent on Martian soil.

With over 12 years rovering and hundreds of thousands of images of Mars beamed back to Earth, humans are benefitting from solar panels in ways we thought unimaginable only a decade ago.   Much like the space race of the 1960's, and the giant leap forward in technological advances the race provided us with, Opportunity on Mars provides us with a significant metaphor. Why are we still using and abusing fossil fuels on Earth, when renewable energy is powering the new world?